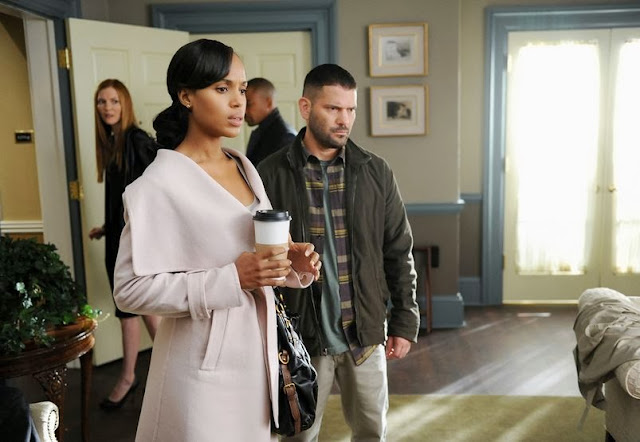 LOS ANGELES — ABC says it will air four fewer episodes of “Scandal” than planned this season.
The network on Friday didn’t say why it will broadcast 18 instead of 22 episodes. But the decision follows word that “Scandal” star Kerry Washington and her new husband, football player Nnamdi Asomugha (NAHM’-dee AH’-suhm-wah), are expecting a baby.
The shortened schedule will wrap production early for its pregnant star.
After next Thursday’s episode airs, “Scandal” will take a break and then return in late February with the final episodes of season three.
The drama series about Washington, D.C., intrigue is a ratings hit for ABC and earned an Emmy nomination for its lead actress.
Loading...
Dennis Itumbi Broke The News of Mandela’s Death 20 Minutes Before Jacob Zuma, CNN & BBC… Here are The Insults He Received < Previous
PHOTOS – The Ugly Side of Our History as We Celebrate [email protected] Next >
Recommended stories you may like: