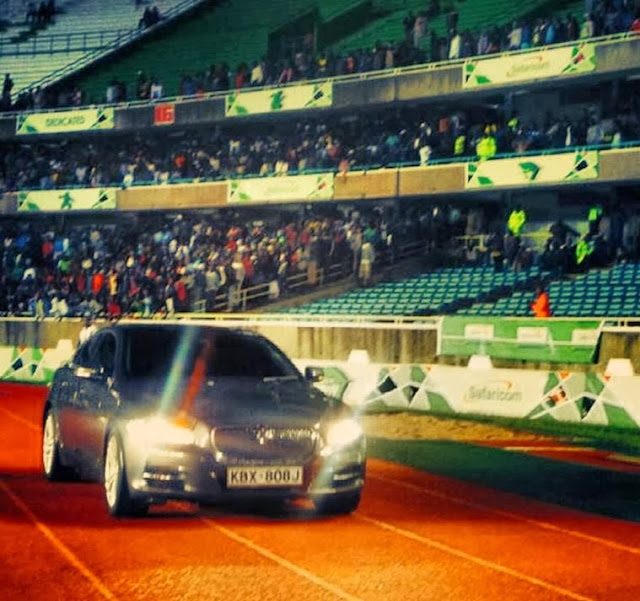 On Friday night, artiste Jaguar unveiled his new ride at Kasarani Stadium. It was during the Safaricom Live Concert, where Jamaican Tarrus Riley was the main act.

The new vehicle is a Jaguar XJ series, said to cost anywhere between Sh10 and 20 million. The Star newspaper quotes Sh 16.8 million.
That’s not all.

The car, which not only matches his stature but also his name, is bulletproof and was customized specifically for him. This is according to the same paper.
It seems nothing is stopping the Kipepeo singer, who has a fleet of high end vehicles, and is also believed to own a light aircraft.

Loading...
HILARIOUS – This is How Kenyans Abused Sonko After His Mandela Photoshop < Previous
Zimbabwe To Rename Victoria Falls Next >
Recommended stories you may like: