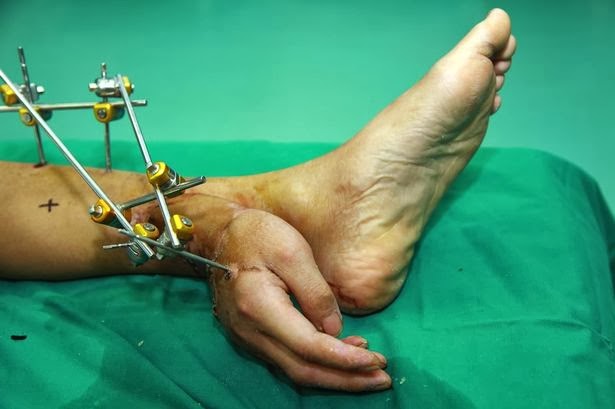 A man whose right hand was severed in an industrial accident had it sewn to his ankle for a month while he waited to undergo reattachment surgery.

Doctors at a local hospital initially told Xiao Wei that they would not be able to save his hand, which was cut off by a machine at work on 10 November.
Speaking about the accident near Changde in Hunan Province, China, Mr Xiao said “I was just shocked and frozen at the spot, until co-workers unplugged the machine and retrieved my hand and took me to the hospital. 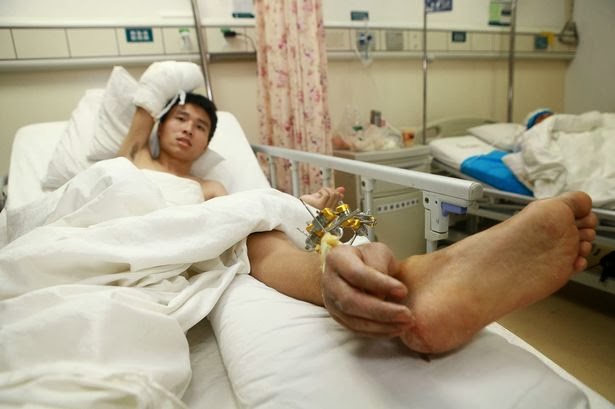 “I am still young, and I couldn’t imagine life without a right hand.”
Mr Xiao was referred to a larger regional hospital in Changsha, and arrived seven hours after his accident to find there was hope for his hand yet.
He was told that reattachment surgery could be successful – but only after the rest of his right arm had recovered. In order to keep the hand alive during the wait, doctors said they had no choice but to graft it onto his ankle.
They told Rex Features: “His injury was severe. Besides ripping injuries, his arm was also flattened.
“We had clear and treat his injuries before taking on the hand reattachment surgery.”
On 10 December it was decided Mr Xiao had recovered enough for the hand to be reattached. Doctors said the surgery went well, and though he will need to undergo several other operations they are hopeful he will regain full operation of the hand. 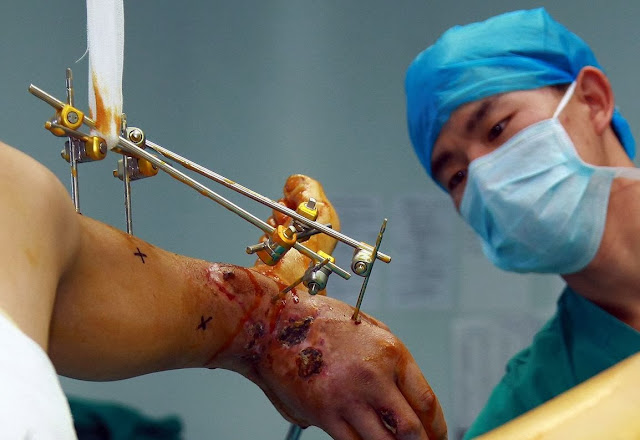 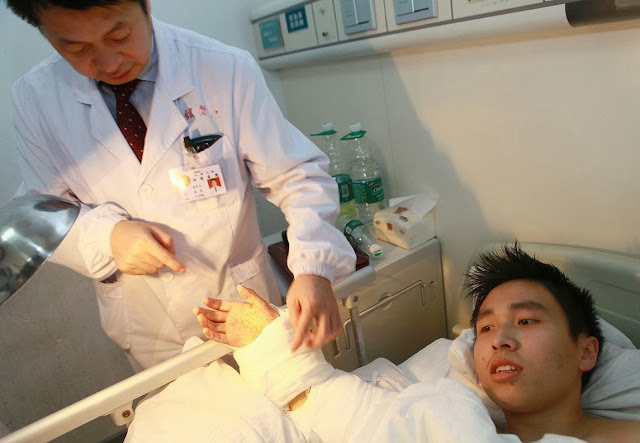