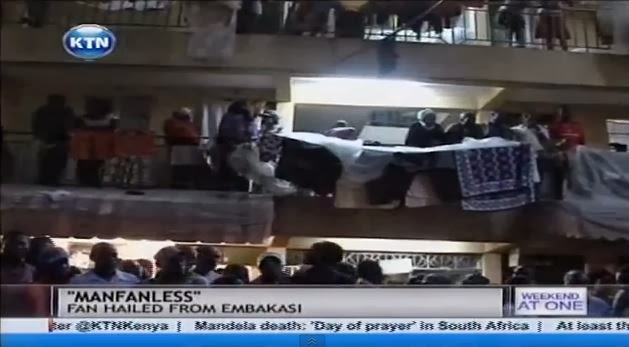 A Manchester United fan on Saturday night committed suicide in Nairobi’s Pipeline area after the club’s 0-1 loss to Newcastle.
23 year old John Jimmy Macharia allegedly jumped from the 7th floor of the building he was in, after watching United collapse against Newcastle. This was their second loss in less than a week.

Nairobi County police chief Benson Kibue said that Jimmy told his friends he could not stand his team beaten in a row. He then walked out and jumped to his death.

“All witness accounts suggest he committed suicide because the team lost but officers are still talking to those who were with him as part of the investigations into the incident,” he said.
English Premier League has a fanatical following in Kenya and Africa as a whole. Last month, an Arsenal fan in Uganda was thrown out of his house after betting that his club would defeat the red devils.

Loading...
PHOTOS – The Funniest #MoyesOut Memes You’ve Not Seen… (Part II) < Previous
PHOTOS – Sonko Currently Sitting For His University Exam Next >
Recommended stories you may like: