Lions Hold Family Hostage For 4 Hours at The Maasai Mara 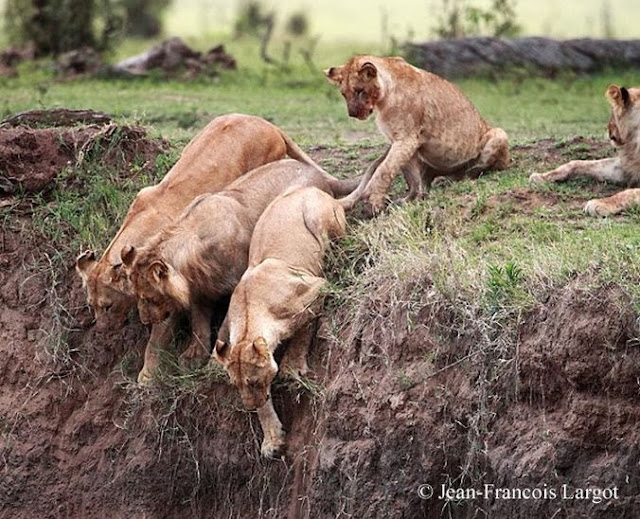 A pride of lions at the Maasai Mara made their way into a homestead, causing terror to a family of seven. For more than four hours, the family was held ‘hostage’ inside their own home.

Apparently, the lions and their cubs ate the family bull after accessing the fortified cattle pen.

“When I opened the door at daybreak, I saw six lions outside. I closed the door and went back terrified. I didn’t notify children who were still sleeping because I didn’t want to terrify them,” said Christine Nakola, the mother of the home.

Nakola, whose husband was away during the whole ordeal opted to remain silent indoors, fearing that raising an alarm would make the lions break in.

“Our neighbours who might have noticed what was happening or wondering why the cattle were still in the pen when others had gone for grazing came to our rescue. It was a horrifying experience,” she told Standard, adding that the lions escaped to a thicket near the national reserve.