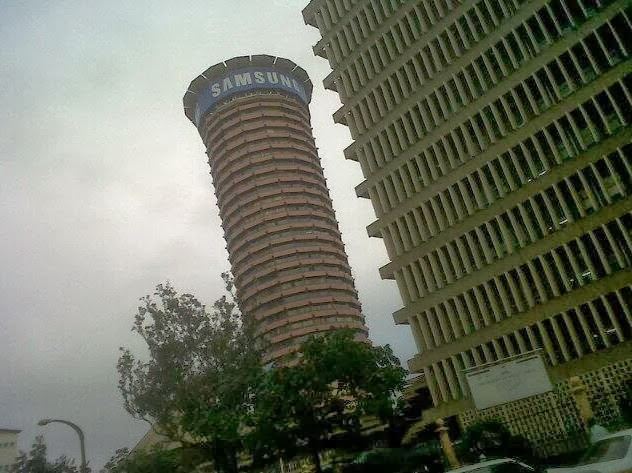 There’s a new billboard in town. This time at the unlikeliest of places… on top of KICC.
Hundreds of electronic screens have been used to create a ring around Kenya’s most iconic building, in what will surely bring in lots of revenue for it.

Currently, Samsung has taken the spot, and it’s not clear whether the deal is long term and exclusive or we’ll be seeing more adverts as we proceed.
To get a sense of just how much Samsung is paying, a normal billboard in a busy Nairobi street goes for about Sh500,000 a month.

KICC can be viewed from so many kilometres away, and from virtually every corner of the CBD. This means the eyeballs cannot be compared to anything else. 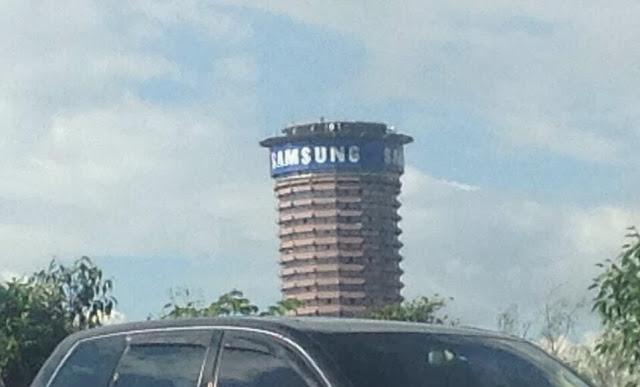 There have been mixed reactions to this unprecedented mode of advertising. A good number of people think we’re auctioning our national heritage, while others see no big deal in it.

Here are some of the reactions.

How do you brand an iconic building,KICC,the centre piece of our city,with a foreign brand? Atleast put Kenya at 50 Ad!
— BONIFACE MWANGI (@bonifacemwangi) November 4, 2013

Everytime I see Samsung on top of KiCC I feel so violated!!!!!!! Disturbed! – @Niakabelle

#KICC you are too prominent a Nairobi landmark to be a billboard, shed off the Samsung ad. #fail – @PeteWaweru

how much did samsung pay kicc?? must be mad millions –  ‏@saysEUGENE

Do you know KICC its a Commercial Monument? Samsung a foreign company has taken over KICC. Just wait and see Kenya at OLX  – @Stevechegejr

KICC – proudly brought to you by Samsung. –  @marcusolang

KICC is an eyesore with that Samsung ad. Durex should try getting in on some of that action – @roomthinker

The ad screen at the top of KICC is amazing!!! – @weirdKenyan

Seriously @KICC_kenya why this? Are there no limits to what you will sell? @SamsungMobileKE why deface KICC? – @mentalacrobatic

Why are we criticizing KICC over deal with Samsung yet we talk about public private partnerships to improve efficiency. – @MikeObare

If any billboard is to be put up on KICC, it should be the Sheila one! – @wakariowa

That ad on KICC should be removed, it looks hideous – @Kihara_John

Perhaps Samsung got some inspiration from South Africa’s Vodacom Towers. 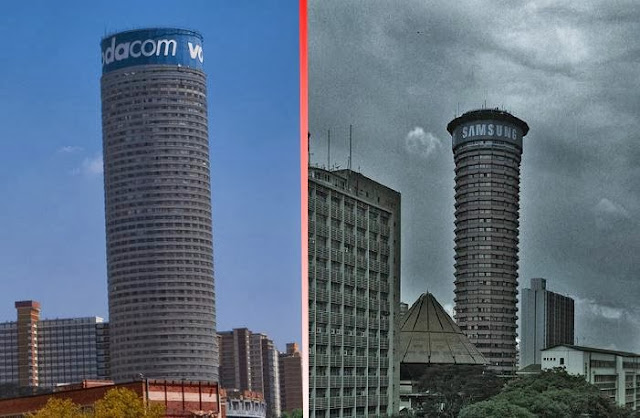