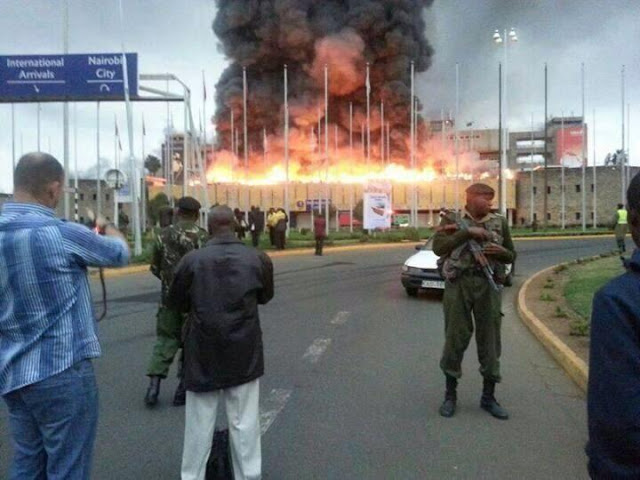 The insurer and reinsurer that covered Jomo Kenyatta International Airport prior to the big fire are finding it hard to come to terms with the total amount they have to part with as compensation.

Kenya Reinsurance managing director Jadiah Mwarania says that compensation for the airport fire will wipe out all the profit expected this year by JKIA insurer and reinsurer.

“If the opinion of JKIA’s arrivals terminal damage cost is correct, the insurers and reinsurers will have to settle it as a direct payoff of the profits they would have made, which is estimated to be in the region of Sh 2.5 billion.”  Said Mwarania.

The payoff will therefore leave both APA and Kenya Re with almost zero profits this year.

Loading...
Robbers Break Into Angela Ndambuki’s House < Previous
All The Memorable Quotes From Tusker Project Fame 6 Next >
Recommended stories you may like:

Raila Odinga’s Plan For More Made in Kenya Products
Loading...
The Latest