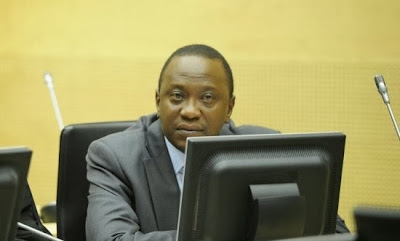 67 percent of Kenyans want President Uhuru Kenyatta to attend his trial at the International Criminal Court. This is according to an Ipsos Synovate poll released yesterday. The poll, conducted between November 1 and 9 sampled 2,060 Kenyans.

40 per cent of those in favour of the continuation of the trial feel that this is the only way post elections victims will get justice. 20 per cent said they do not trust the Kenyan courts, 23 per cent felt that the Hague trials would end impunity, with 5 per cent saying it would end future violence.

On national security, 67 per cent of Kenyans feel that the Westgate terror attack could have been avoided, attributing the failure to prevent it to the National Intelligence Service at 40 per cent, followed by the police at 24 per cent and Interior Secretary Joseph Ole Lenku at 5 per cent.

The Kenya Red Cross has been rated as the best performer during the four day siege, with 96 per cent of those polled expressing satisfaction with its efforts. Local Media, with 91 per cent comes at number two. Safaricom is third with a 90% approval.
Additional reporting by the Star

Loading...
Signs You are Dating an Immature Man < Previous
Formula One in Machakos..! What is Alfred Mutua High on? Next >
Recommended stories you may like: