By Ken   /   Tuesday, 01 Oct 2013 03:20AM   /   Leave a Comment
Many Westgate tenants have reported that their business premises were broken into and vandalized. Some say they closed immediately the attack began, meaning they were most probably broken into after.

A jewellery shop lost gold rings worth millions of shillings, a computer shop lost all its iPads and phones, cash was stolen from virtually every store, plus of course Nakumatt reportedly lost all its valuable electronics, including very large TVs.
Fingers have been pointed at the KDF soldiers who went to retake the mall, and the police say they’re investigating.

This video shows a tenant who was surprised to meet empty beer bottles at Art Caffe.. I think the victory party was held there.

UPDATE: Video seems to have some issues, we’ll update as soon as we get another copy.

Meanwhile here are some photos from inside. 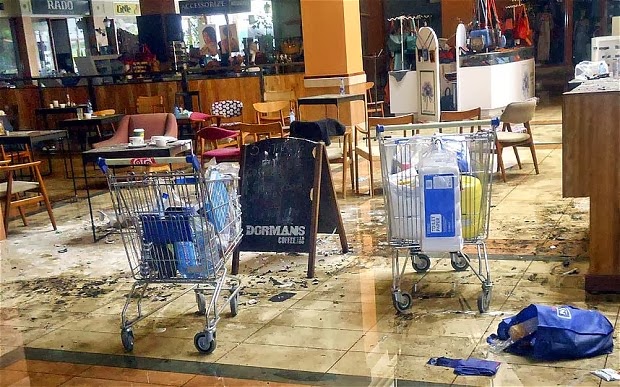 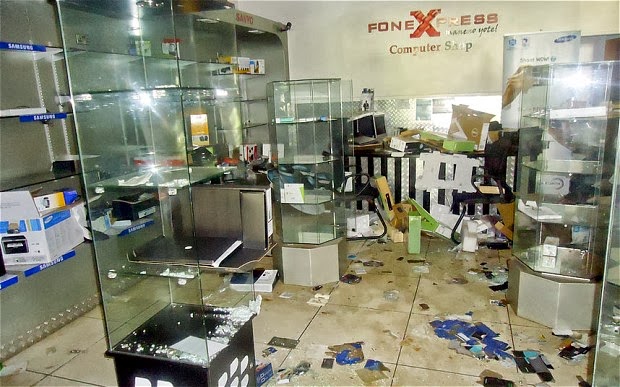 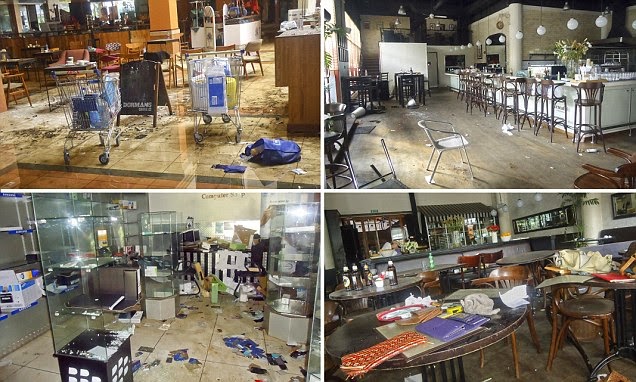 Loading...
VIDEO – Here Is That 2012 Prophet Owuor Westgate Attack Prophecy < Previous
VIDEO – Pastor Kiuna Tells Congregation To Lift Up Their Bibles… and They Lift Up Their Tablets. Next >
Recommended stories you may like: