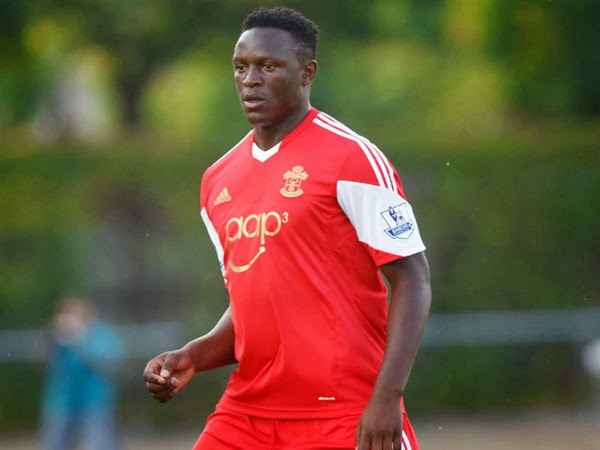 Kenyan captain and Southampton midfielder Victor Wanyama has been called upon to help identify his former clubs in a bid to determine who gets paid what in terms of solidarity fees.
This is after the English Football Association rejected his player’s passport sent by Football Kenya Federation. The reason for this action is due to the fact that an earlier passport sent by the federation differs with the latest one.
A lawyer acting for Nairobi City Stars, one of the clubs set to benefit from the transfer, now wants Wanyama to get involved in the saga and help identify which clubs are to be compensated. The club wants Sh8million of the solidarity fees.
John Precious, who has been contracted by City Stars to handle the matter, sent an email to Wanyama on Tuesday besieging him to intervene so that his club is paid what is due to them.
The email obtained by Goal stated, “We are perplexed by the number of different player passports made out in Wanyama’s name by FKF and in light of all these inconsistencies/irregularities, we have called on both Fifa and English FA to invoke Article 2.2 of the players transfers which allows a player to assist his new club in discharging this obligation.
“In this regard we call on you to give us an accurate break down where you played as the FKF cannot be trusted to provide it having already provided numerous contradictory records in this matter.”
Kenya FA President Sam Nyamweya however, accused a former official of the federation for sending a players passport he had not approved and this he believes is the root of the problem.
By Otieno Otieno for Goal.com
Loading...
Alfred Mutua Gives Sh 5 Million To CECAFA After The Government Said it’s Broke < Previous
8 Things You Did Not Know About Size 8 and DJ Mo Next >
Recommended stories you may like:

4 Best Tips to Earn the Most in Online Gambling Games
Loading...
The Latest