The NSA Eavesdropped on Cardinals Before They Voted For The Pope 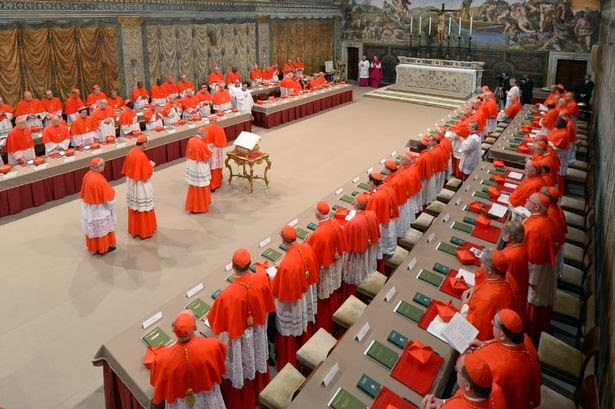 Rome — US secret services allegedly eavesdropped on cardinals before the conclave in March to elect a new pope, Italian weekly magazine Panorama claimed Wednesday.
“The National Security Agency wiretapped the pope,” the magazine said, accusing the United States of listening in to telephone calls to and from the Vatican, including the accommodation housing cardinal Jorge Mario Bergoglio before he was elected Pope Francis.
The allegations follow a report on surveillance website Cryptome which said the United States intercepted 46 million telephone calls in Italy in December 2012 and early January 2013.
Among those, “there are apparently also calls from and to the Vatican,” Panorama said.
“It is feared that the great American ear continued to tap prelates’ conversations up to the eve of the conclave,” it said, adding that there were “suspicions that the conversations of the future pope may have been monitored”.
Bergoglio “had been a person of interest to the American secret services since 2005, according to Wikileaks,” it said.
The bugged conversations were divided into four categories: “leadership intentions”, “threats to financial systems”, “foreign policy objectives” and “human rights,” it claimed.
Vatican spokesman Federico Lombardi said “we have heard nothing of this and are not worried about it.”
If true, the US spying would be an embarrassing blow to an institution famous for its secrecy.
The goings-on of the conclave are particularly clock-and-dagger, with a system installed in the Sistine chapel where the cardinals meet in order to scramble any mobile phone communications and excommunication for those who spill the beans.
– AFP
Loading...
PHOTOS From The Umoja Train Crash This Morning < Previous
A Good Old PHOTO of Westgate Mall Next >
Recommended stories you may like: