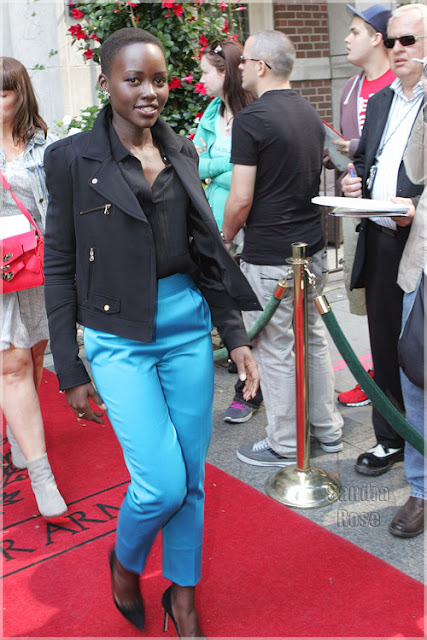 Kenyan actress based in Hollywood, Lupita Nyongo will together with the director of the 12 Years a Slave Steve McQueen get an award on October 21.
The two are expected to receive the Hollywood Breakout Director Award and New Hollywood Award, respectively at the 17th annual Hollywood Film Awards.
Previous recipients of the New Hollywood Award include Robert Pattinson, Gabourey Sidibe, Jennifer Lawrence, Felicity Jones and Quvenzhane Wallis.
According to the Hollywood Reporter, founder and executive director Carlos de Abreu said, “We look forward to celebrating this exceptionally talented director and actress for their outstanding work and creative vision.”
The Shuga actress plays Patsey — a slave who receives particularly unkind attention from her master (Michael Fasbender). The movie is about a true story of a free black man from the north who was deceived and sold into slavery in the south in mid-19th century America.
Lupita stars in the movie alongside Hollywood bigwigs like Chiwetel Ejiofor, Alfre Woodard and Brad Pitt.

Loading...
PHOTOS – These Were The 4 Westgate Attackers Caught on CCTV < Previous
VIDEO – Kidero Slaps Shebesh Political Hit By XYZ ( Deuces By Chris Brown) Next >
Recommended stories you may like: