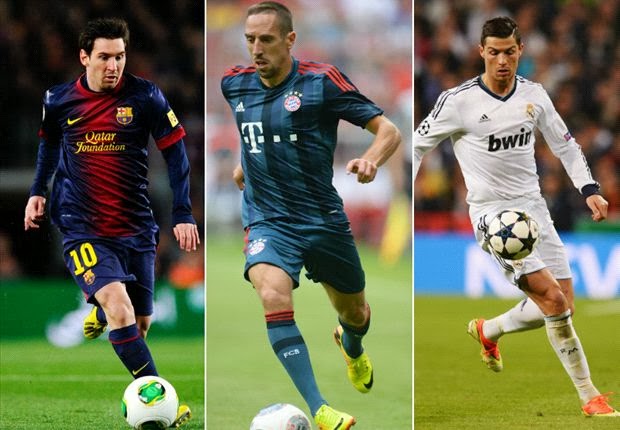 Furthermore, usual suspects such as Andres Iniesta and Xavi have made the cut, as well as Paris Saint-Germain star Zlatan Ibrahimovic.

The final decisions will be made by the captains and head coaches of the men’s national teams as well as international media representatives selected by France Football.

In early December 2013, Fifa and France Football will announce the names of the three men who have received the most votes, without revealing the winner.

The winners of the award will be revealed at the Fifa Ballon d’Or gala as part of a televised show at the Zurich Kongresshaus on 13 January 2014.

Last year’s podium was made up of Messi, Ronaldo and Iniesta.

– Goal.com
Loading...
PHOTOS of The Fallen Billboard Along Waiyaki Way < Previous
US Embassy, Nairobi, Announces 2014 Diversity Visa (Green Card) Requirements Next >
Recommended stories you may like: