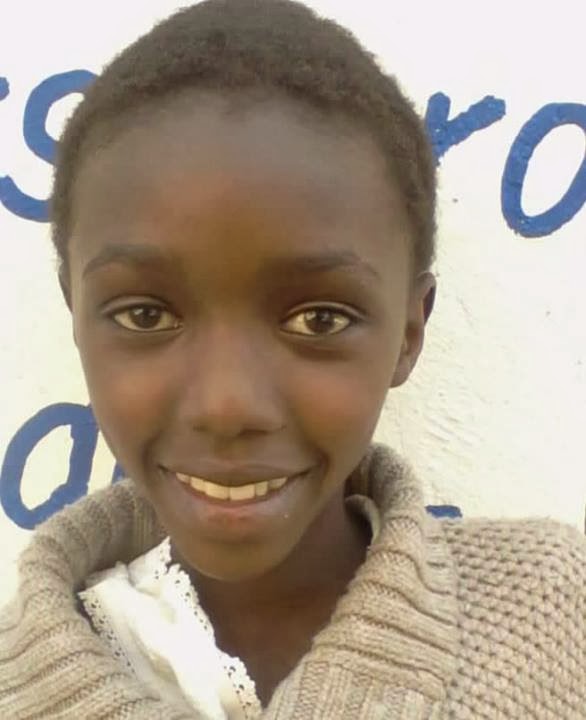 Elizabeth Nduta Wahome, the young girl who was suffering from kidney failure has died. Facebook blogger, Cabu Gah, who led efforts to raise funds for her treatment in June this year, broke the news yesterday.

“I wrote the story of a Young Angel named Elizabeth Nduta Wahome. Elizabeth was a 12-Year Old class 5 Pupil at PINNACLE SCHOOL in Rongai.
I told You how I travelled to Rongai to meet Nduta. And her parents. I told You that I learnt about Elizabeth through NTV,after their reporter Sharon Barang’a aired her story. And I told You that Little Elizabeth had a Kidney Failure. And that she NEEDED US. I wrote her whole story,how she struggled to pee,how she used pipes to feed,how tiny and weak she was…
I told You that she had abnormal heart rhythms, Muscle cramps,Darkening of the skin,Nausea and difficulty in breathing….
… Now,Baba Nduta has called me this morning…And with a teary voice and a trembling heart,Baba Nduta tells me that “Nduta ametuwacha…” writes the blogger.

Now,it was at 3am early last monday morning when Nduta woke up breathing heavily. It was the Mashujaa Day Monday. Her parents got up quick and decided to check up on Nduta. Little Nduta was breathing hard and vomiting and crying.

Quickly,Nduta’s Dad grabbed her,yanked the door open and rushed out with her. And after an hour of struggling to get a matatu,it came by. Baba Nduta quickly jumped into the matatu. He was taking Nduta to Kenyatta Hospital. And while they were in the matatu,Nduta said that she was thirsty. Quickly,Baba Nduta told his wife to go get some bottled water at a nearby kiosk.

It was now around 5am. Nduta took the water. And calmed down. But the matatu WASNT moving. It was waiting for more people to fill in first. Tired of waiting,Baba Nduta stepped off the matatu and decided to take Nduta to a nearby clinic called Geltrude in Rongai town. He called a taxi guy to take them there. The taxi guy was mteja. Damn.

Quickly,he lifted up Nduta and started running towards Geltrude Hospital with her. But as they were running to hospital,in a cold dark night,Nduta smiled and told her Dad, “Birthday Yangu itafanyiwa wapi?” Now,Nduta’s 13th Birthday was supposed to be held this week,FRIDAY. And I was invited. And Sharon Barang’a of NTV too. We were both going to attend. Daddy told her, “Itafanyiwa nyumbani…”

And then Nduta said, “Utaalika marafiki wangu wa shule?” Daddy said ,”Lazima…” And with that,Nduta breathed heavily,closed her eyes,grabbed Daddy’s hands tightly. And then passed away. By the time they got to Geltrude Hospital,Elizabeth Nduta was gone. She was already in Heaven.
Baba Nduta was so shocked by that that he collapsed and fell. And had to be taken to Hospital HIMSELF.

May God rest her soul in eternal peace.

Security Guard Killed After Beating Reveller to Death Outside Nightclub in Thika
Loading...
The Latest