In February, a twitter user pointed out the danger lurking at Mutindwa – the scene of yesterday’s train accident that claimed over 10 lives.
@Muhoss tweeted to Kenya Railways informing them of the lack of signage at the intersection. Kenya Railways promised to look into the matter, but 8 months down the line, nothing has been done.

Here was that conversation, that could have probably saved 10 lives.

RT @Muhoss: @kenyarailways_ are you aware that MutindwaRd is open to traffic and there’s no railway X or warning sign at the intersection?
— Ma3Route (@Ma3Route) February 18, 2013 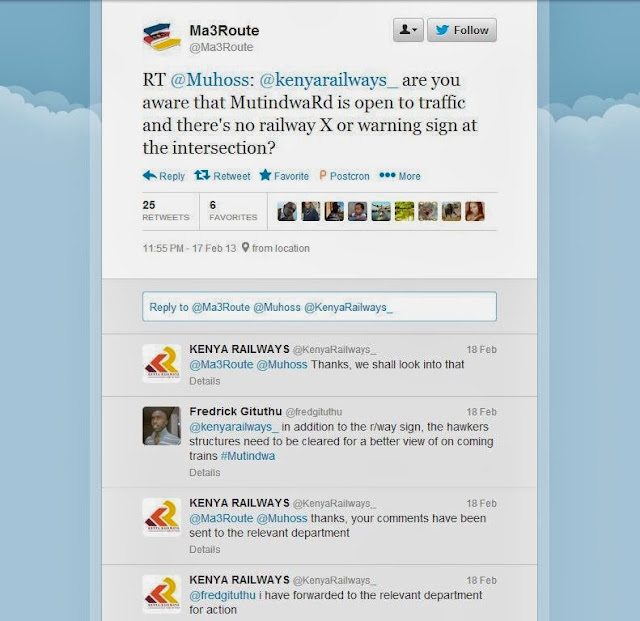 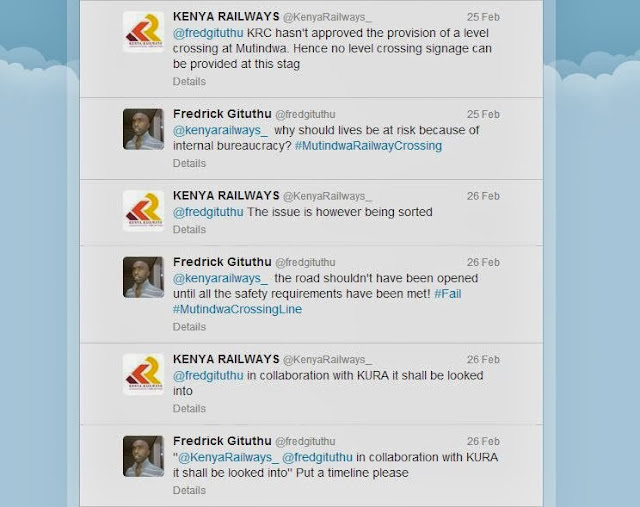