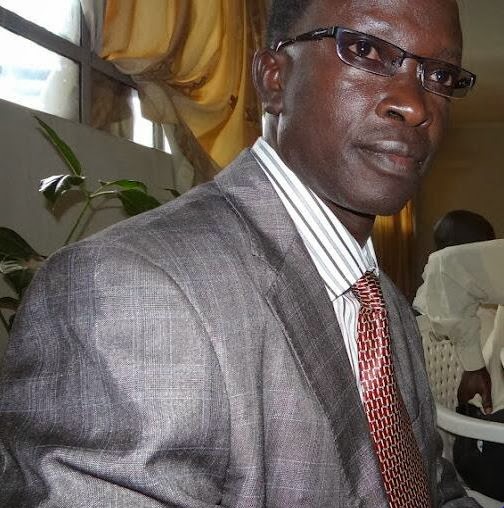 The International Criminal Court has this afternoon issued an arrest warrant against Eldoret based journalist Walter Barasa, for “corruptly influencing or attempting to corruptly influence ICC witnesses”… or simply bribing witnesses.

ICC prosecutor, Fatou Bensouda has said that the Kenyan government has received the warrant, and should immediately arrest and transfer him to the ICC to face criminal charges.
According to Bensouda, Barasa has attempted to bribe at least 3 witnesses, including witness 536.
Ms Bensouda says Mr Barasa offered “to pay her and her husband a total of one million four hundred thousand Kenyan Shillings (KES 1,400,000) in order to influence her to withdraw as a Prosecution witness, committed during the period 20 May to 25 July 2013 and at or near Kampala, Uganda”.

Here’s the statement from ICC


Today, 2 October 2013, Pre-Trial Chamber II of the International Criminal Court (ICC) unsealed an arrest warrant against Walter Osapiri Barasa, Kenyan citizen, born in 1972. He is charged with several offences against the administration of justice including corruptly influencing or attempting to corruptly influence ICC witnesses. An under seal warrant of arrest was issued against him on 2 August 2013. This is the first case before the ICC where a suspect is charged with an offence against the administration of justice, in accordance with article 70 of the Rome Statute.
Judge Cuno Tarfusser, Single Judge of Pre-Trial Chamber II, considered that the evidence presented by the Prosecutor established reasonable grounds to believe that Walter Barasa is criminally responsible as direct perpetrator for the crime of corruptly influencing or, alternatively, attempting to corruptly influence witnesses by offering to pay them to withdraw as ICC Prosecution witnesses in the context of the Kenyan cases before the ICC. Allegedly, he has been and is still acting in furtherance of a criminal scheme devised by a circle of officials within the Kenyan administration.
Based on the Prosecutor’s evidence, Judge Tarfusser also found that it is necessary to arrest Walter Osapiri Barasa to ensure his appearance at trial, to ensure that he does not obstruct or endanger the investigation or the proceedings, and to prevent him from continuing with the commission of the crime.
The International Criminal Court is an independent, permanent court that tries persons accused of the most serious crimes of concern to the international community as a whole, namely the crime of genocide, crimes against humanity, war crimes and the crime of aggression.
For further information, please contact Fadi El Abdallah, Spokesperson and Head of Public Affairs Unit, International Criminal Court, by telephone at:+31 (0)70 515-9152or+31 (0)6 46448938or by e-mail at: Follow @nairobiwire
Loading...
A Very Old PHOTO of Brenda Wairimu < Previous
This is The Story of Wafula’s Wedding Night…. Hilarious Next >
Recommended stories you may like: