20 Things You Did Not Know About Churchill Show’s Chipukeezy 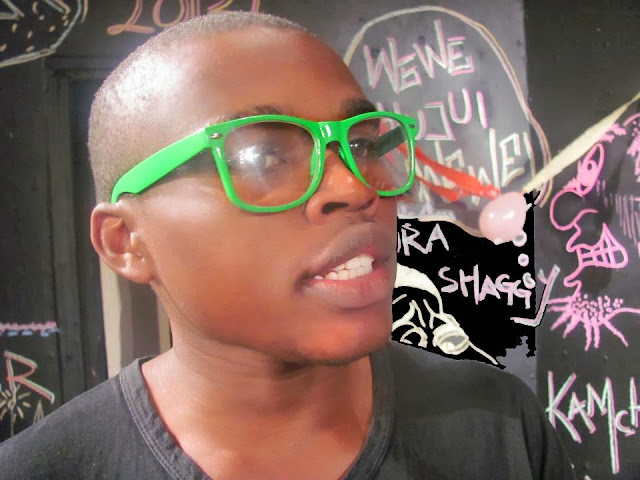 1. He has never watched Churchill Live Season One and part of Season Two, because he never owned a TV!
2. He did not know who Churchill was till college turning point.
3. He has been in the comedy industry for three years
4. He takes fans as his parents because they check and guide him, he is answerable to them. ‘’ukikosea mzazi lazima umuone akukososoe’’ that’s me to my fans.
5. He has been in the whole of season three Churchill show episodes
6. He has been a warm seat narrator for a record eight times during Heartstrings Kenya shows
7. This brought about his entry to Hot Seat, which he has done two for two hours and hosted seven other comedians in the same show
8. He comes from a family of five (all of them are comedians).
9. He is an alumni of East Africa School Of Media Studies
10. He is also an alumni of Tala High School and Masii High School
11. All his previous girlfriends names begin with letter Q
12. He skipped class one in primary to proceed to class two
13. His protégée character Kinengo is his father’s name
14. He loves his mother so much
15. He lived in Eastleigh before his apartment was bombed by Al Shabab- alihama immediately!.
16. His dream car is a Chevrolet pick-up
17. Apart from his dad and mum, he respects Churchill as a dad and as a mentor
18. He doesn’t like color yellow, yet he is color blind!
19. Contrary to popular assertions, the character Kimondiu is his real brother! And he is three years old
20. He is still a virgin
21. He bought his first TV in February this year-2013
22. He doesn’t like socks and ties
23. He moved from home at 18 years!
24. He owns a Primary School – called St. Martins Academy -Google it!
– Courtesy

Loading...
Samsung Launches World’s First Curved Display Smartphone… Galaxy Round < Previous
Ksh 500,000 For Information Leading To The Arrest of This Notorious Nairobi Laptop Thief Next >
Recommended stories you may like: