Sonko Castigates Caroline Mutoko For Earning Sh800,000 a Month and Spending It All With Her Family 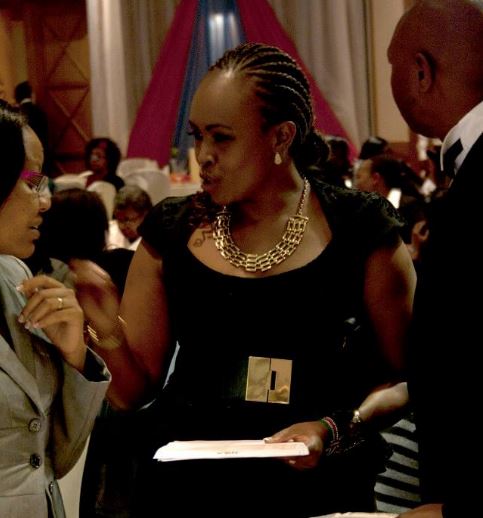 During his melt down on KISS 100 yesterday, Sonko made a remark that many are yet to digest… Caroline Mutoko makes Sh1 million a month from her radio job.
“Wewe unapata salary of 1 million, what do you do with that?” he asked.
Caroline Mutoko however reacted immediately, “I don’t make a million by the way, sorry, I don’t make that money,” she said.

Sonko was trying to defend his actions, where he loves giving handouts to his office visitors. It was reported by the Nairobian newspaper that the senator spends at least Sh10 million a month, serving his constituents.. about Sh9 million more than his salary.

The flamboyant senator did not stop there. In his written response to Caroline Mutoko later in the evening, Sonko came just short of reprimanding Mutoko for earning that much, and spending it all with her family.

“Not every woman is as rich as Caroline, earning over 800K and spending it with her family. She annoyed me because she belittled my people for seeking my help. I sacrifice myself and share my salary with my people.
Regarding to “Plans za Kesho” as she quoted I have financed, managed and initiated various youth projects. I want the youth of this country to succeed; I want them to make a name for themselves because I understand how hard life can be and I have been there before. Is Caroline paying hospital bills, maternity fees, donating working tools, car wash machines, water tanks etc? ” he wrote.

Caroline Mutoko’s actual salary has always been speculated to be within that region, and Sonko’s statement probably confirms it.

While in no way is Mutoko as wealthy as Sonko, she’s not poor either.
The decision to give is purely personal and I must admit, Sonko’s species is very rare.
However, the senator’s remarks will probably get people thinking and talking.

Loading...
POLL: In Just 3 Weeks, Sonko Has Fought With Eng. Kamau, Hassan Joho and Caroline Mutoko… Is Sonko The Problem? < Previous
This is The Guy Who Runs Caroline Mutoko’s Fake Twitter Account Next >
Recommended stories you may like: