Ruto Requests ICC To Adjourn, So He May Deal With Westgate Attack 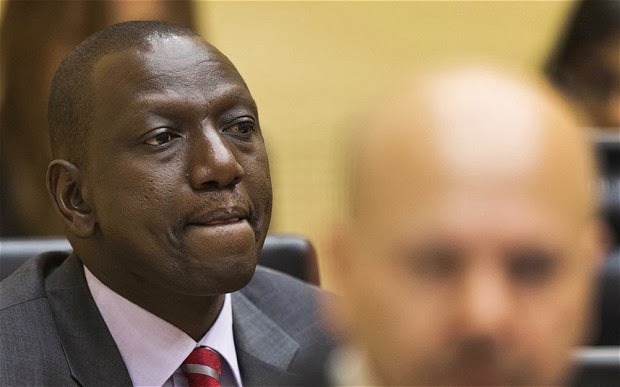 AMSTERDAM (Reuters) – Lawyers for Kenyan deputy president William Ruto asked judges to adjourn his International Criminal Court (ICC) trial to allow him to return home to deal with an armed attack on a Nairobi shopping mall, according to a court filing seen by Reuters on Sunday.
In the filing, lawyers say Ruto, who is in the Hague defending himself against charges of crimes against humanity over his alleged involvement in a wave of violence after the 2007 elections, is needed at home to help with security briefings and consultations.