By Ken   /   Monday, 16 Sep 2013 05:00AM   /   Leave a Comment
Among the audience on Thursday Churchill Show recording was Eric Omondi’s grandmother. The comedian finally had the opportunity to make jokes about her, in her presence.
Omondi’s sister was also present, and she had a hilarious joke of her own, if you thought only the Omondi boys were funny.
Fred Omondi had to literally drag her from stage before she took the show away from Eric. 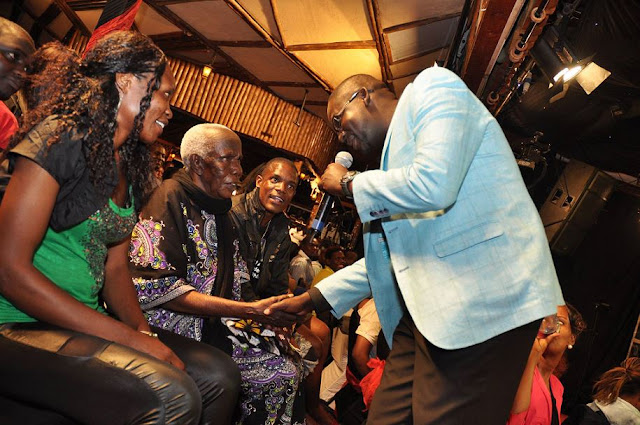 Loading...
Did Kidero Allegedly Slap Shebesh, Or Did He Certainly Do It – Confused Media < Previous
PHOTOS – Emmy Kosgei’s Wedding Gift From Husband…. A Sh 8 Million BMW X6 Next >
Recommended stories you may like: