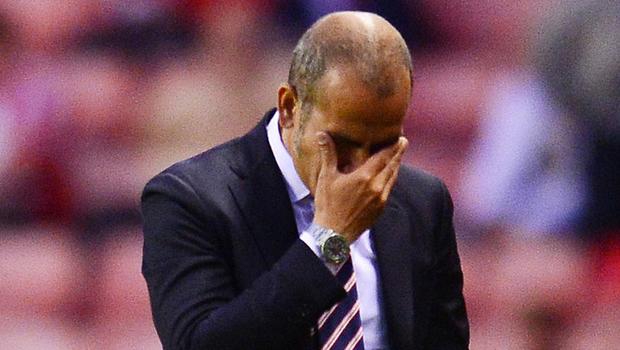 Reports are suggesting that Sunderland head coach Paolo Di Canio is angry with his players after they lost a closed-door game against the club’s reserve side.

Di Canio planned the practice match to give his senior players 90 minutes to maintain their fitness during the international break.
The move came after Di Canio watched his first team lose at Crystal Palace, but they were again beaten 3-1, this time by the club’s Under-21 side that plays in the Premier League’s Professional Development League.
Di Canio was reportedly so angry incensed by the result that he told all the players not to mention the game had even happened.
Sunderland return to action on Saturday September 14 against Arsenal still in search of a first Premier League win of the season.
– Sky Sports

Loading...
‘Michael Scofield’ Attempted Suicide Before Coming Out As Gay < Previous
EXCLUSIVE – This Leaked VIDEO Shows Sonko Directing Jimmy Gathu On The Questions He Should Ask Him Next >
Recommended stories you may like: