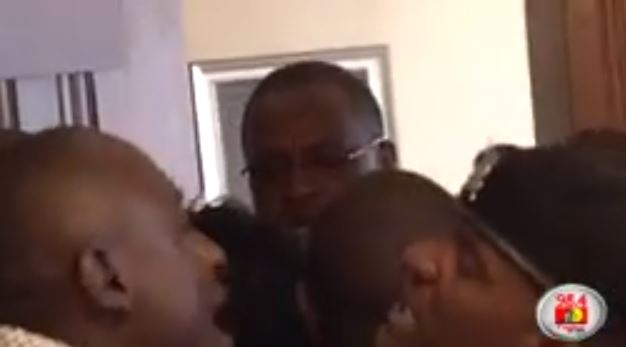 These have been two days of drama. Sonko’s outburst on KISS 100, thursday morning, then CORD MPs storming out of parliment in the afternoon.
Now just a few minutes ago, (Friday afternoon), Nairobi governor Evans Kidero has been caught on camera slapping women rep Rachael Shebesh.

Shebesh had joined striking city council workers who had stormed the governor’s office. The governor became infuriated and dropped one powerful slap on Shebesh.

She has recorded a statement at Parliament Police Station, following the assault.

The slap is so loud that everyone but Shebesh shuts up.

UPDATE: Kidero denies slapping Shebesh.. He must have a double.

Loading...
Wahu Seeking Name Suggestions For Her One Month Old ‘Nameless’ Daughter < Previous
Tokyo To Host 2020 Olympics Next >
Recommended stories you may like: