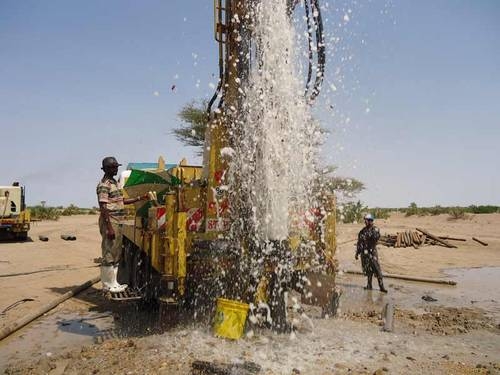 A newly-discovered aquifer in Kenya’s arid Turkana region contains enough water to meet the nation’s needs for the next 70 years.
The discovery of the Lotikipi Basin Aquifer was officially announced Wednesday at an international water security meeting of the UN Educational, Scientific and Cultural Organization (Unesco) in Nairobi.
The find is certainly a boon for the African nation, especially in a region known to be one of the driest parts of Kenya. In addition to Lotikipi, four other water reserves were also found, although more research is needed to determine their viability.
“The news about these water reserves comes at a time when reliable water supplies are highly needed. This newly found wealth of water opens a door to a more prosperous future for the people of Turkana and the nation as a whole. We must now work to further explore these resources responsibly and safeguard them for future generations,” Kenya’s Environment Minister Judi Wakhungu said.
Last year the Turkana region was hit by a devastating drought, so the news is especially welcome in the northern territory. About 17 million of Kenya’s 41 million people do not have access to safe drinking water, Unesco reported.
The Lotikipi aquifer is by far the largest of the five aquifers discovered in Kenya in the course of a joint Kenya-Unesco project (funded by Japan) that used satellite and radar data to reveal underground water sources.
Lying 300 meters underground and spanning a surface area of 4,164 square kilometers, the Lotikipi aquifer is so large that the contents of Loch Ness could be emptied into it about 25 times, according to ITV news.
Alone, the aquifer holds 900 percent more than Kenya’s current water reserves, ITV reported.
Abou Amani, a Unesco scientist involved in the water discovery, told ITV news that the find could be a “game changer” in Kenya.
“We now have a tool that could not only help Kenya, but it could help other countries facing the issues of water scarcity,” he said.
-Nature World News

Loading...
160 Year Old Man Discovered In Ethiopia, He’s Now The Oldest Man Alive < Previous
Nigeria Orders 53 Gold-Plated iPhones Worth Sh500,000 Each To Mark 53 Years of Independence Next >
Recommended stories you may like:

Philip Murgor: Why I Would Make A Better Chief Justice Than Maraga