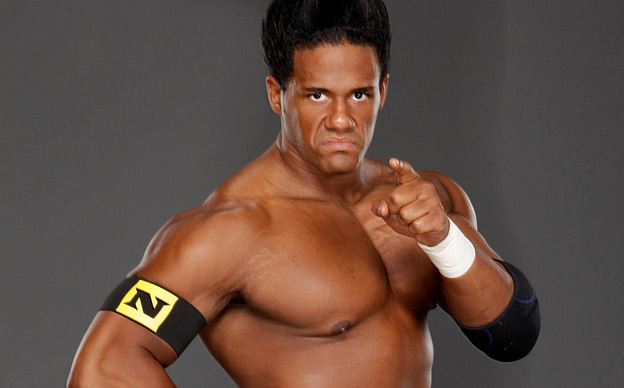 WWE superstar Darren Young just dropped a bombshell, telling TMZ, he’s gay … and no, this isn’t part of the act.

Darren was at LAX Wednesday when we asked whether a gay wrestler could succeed in WWE, and Darren laughed, saying, “Absolutely. Look at me. I’m a WWE superstar and to be honest with you, I’ll tell you right now, I’m gay. And I’m happy. I’m very happy.”

Other pro wrestlers have been rumored to be gay, but that’s it … just rumors.

Bottom line: this is big, big news. For all its chauvinism and testosterone-driven bravado, coming out in WWE is tantamount to coming out in the NFL.

Of course, wrestling is a little different, particularly because of how physical it is, and how little clothing is involved — but Darren is completely unfazed.

Unfortunately your browser does not support IFrames.