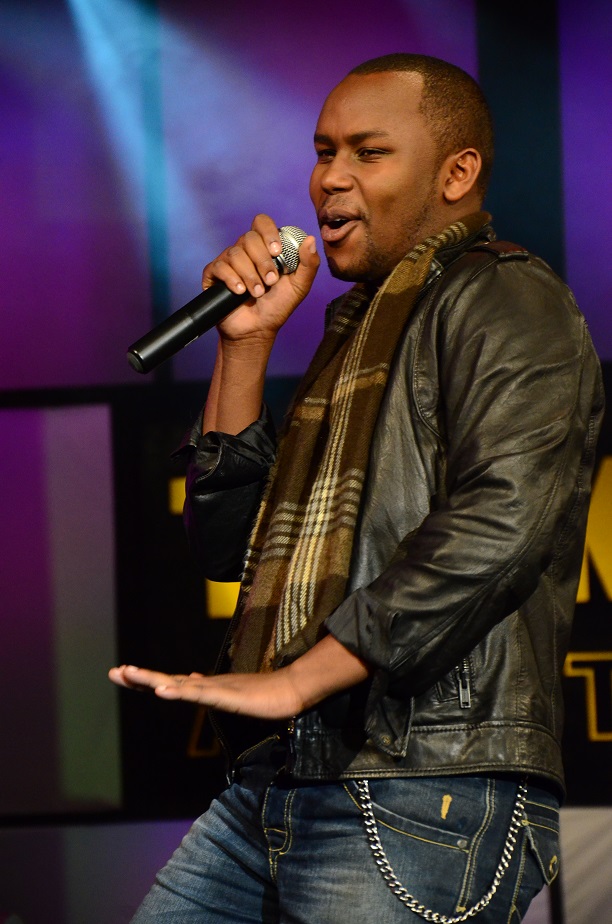 Reports have it that former Tusker Project Fame contestant Ng’ang’alito, got married to his high school sweetheart a while ago.
The singer made the revelation to Standard’s Heads Up, saying that he wedded a while back.
He also revealed that they have a 2 year old daughter.

“I have really tried to keep my private life as secret as I can but ladies need to know that I’m now married to the girl I had been dating since Form Two and we have a two-year-old daughter,” he said.

He also revealed that he had gone into business, setting up a hair and beauty parlour at Dagoretti corner. “I permanently set up shop in Nairobi. This is to enable me to juggle music and business,” he said.

Loading...
PHOTOS of Narok Bus Accident This Morning < Previous
Ahmednasir Abdullahi Accuses Star Newspaper MD William Pike of Treason For Being a British MI6 Spy Next >
Recommended stories you may like: