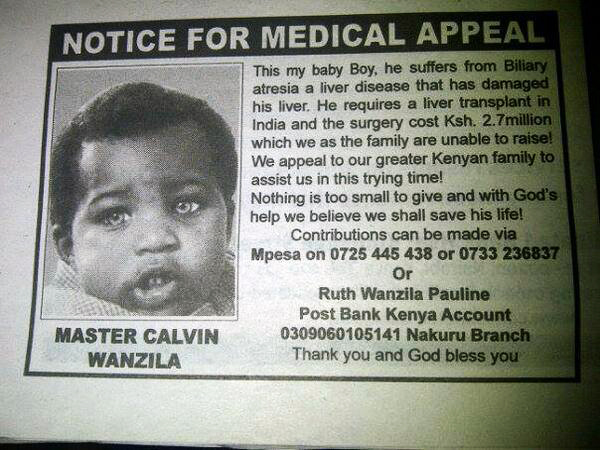 Yesterday, news broke that the medical appeal advert on page 30 of Daily Nation was a scam.

The photo used on the advert was that of an American baby, Laren Galloway, unique for his blue eyes. Someone had happened to bump into baby Galloway’s photo, and so when it appeared on the paper as Master Calvin Wanzila’s photo, it was definitely a scam.

Upon realizing the con game, Nation alerted the police and two men who are belived to have been accomplices were arrested at Nation House.
Omkokwa and Njeru were arrested when they went to pay the fees for the advert.

Police are looking for the third suspect, a lady by the name Ruth Pauline, and whose number and bank account was provided. She has been posing as the child’s mother.
Ruth is only 18 years old.

To post a medical appeal advert on a newspaper requires a certificate from a hospital and a letter from a chief. They had forged letters from Kiambu District Hospital and The Aga Khan Hospital.

If it were not for the fact that their con-game was discovered, the three would have gone home millionaires. Thousands of well wishers sent money to the numbers provided. Ruth’s Post Bank’s account was flooding with donations, some amounting to 25,000. 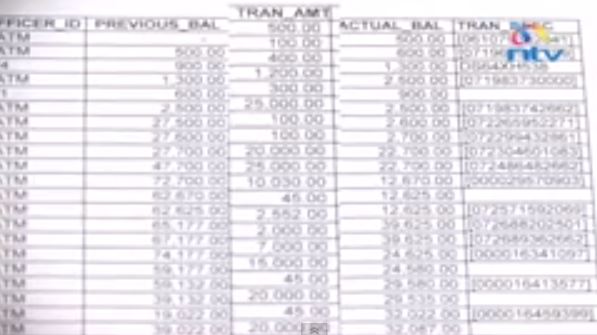 Police estimate that the trio made at least Sh1.7 million, most of which came through MPesa. If they had not been discovered, this figure could be much higher.
Pure profit considering they paid less than Sh50,000 for the ad space.

Watch the news report below.