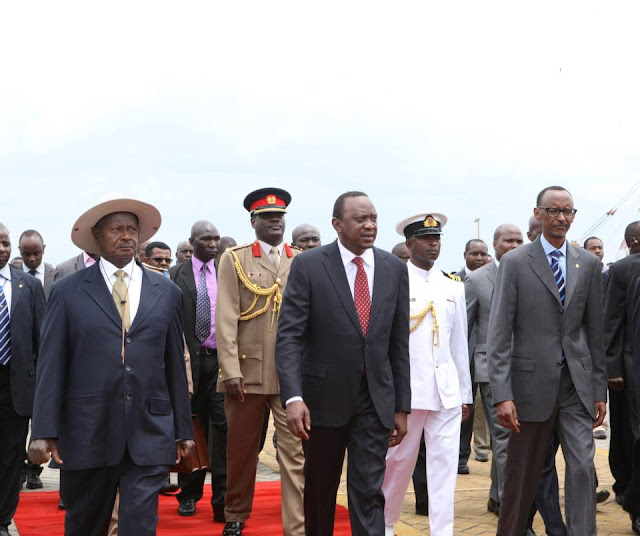 Apparently, the man had broken a record by offloading 300 containers in a single day, and somehow word reached the president.
“Na ata yule operator wa crane ambaye juzi alivunja rekodi ya kontainer mia tatu, anione kando tuongee…” (That crane operator who broke the record with 300 containers should see me later we talk…) the president said with a thumbs up, amid cheers from the crowd.

Whatever the two discussed is of course a matter of speculation, but we can safely assume his pockets went home more loaded.

Loading...
Ahmednasir Abdullahi Accuses Star Newspaper MD William Pike of Treason For Being a British MI6 Spy < Previous
Daily Nation Advertiser Seeking Medical Help Exposed As a Conman – Details Inside Next >
Recommended stories you may like: