Crisis in Liberia as All 25,000 Candidates Fail University Entrance Exams 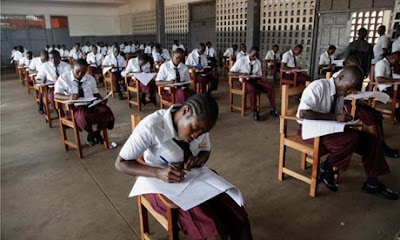 Monrovia: All of Liberia’s 25,000 candidates who took this year’s university entrance exam have failed – but the students say they suspect foul play.
None of the candidates scored more than 50 per cent, according to officials on Tuesday at the University of Liberia in the capital, Monrovia.
To be admitted, a student needs to secure a score of at least 70 per cent.
“For me, the whole thing is laughable, that 25,000 people would take an exam and not even one person would pass,” Lee Walkie, a senior student at the uni, said.

President Ellen Johnson Sirleaf said earlier this year the West African country’s education system was “in a mess”.
Although Liberia has been peaceful for a decade now, its education system has not recovered from 14 years of civil war, which forced many professionals, including teachers, to flee the country.
As all the universities are overcrowded, many students believe the pass rates were doctored because there was no capacity to take on new students, said Mr Walkie.
“Last year, 7000 people passed the entrance exam and they were only able to admit half that number. They don’t have the capacity to admit more people,” he added.

Loading...
K24 To Set To Launch Their Own Tujuane < Previous
7 Things You Need To Know About Tusker Project Fame Season 6 Next >
Recommended stories you may like: