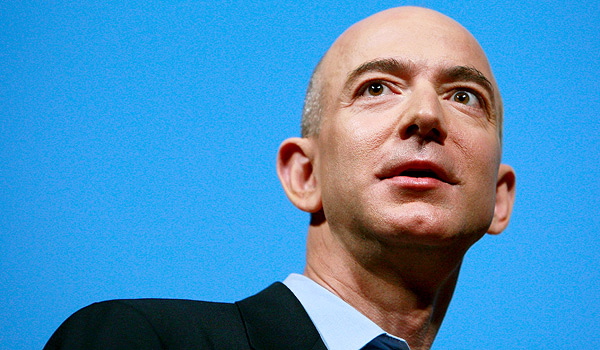 Amazon CEO Jeff Bezos is buying the Washington Post for $250 million in cash, just days after another storied east coast daily, the Boston Globe, was sold to Red Sox owner John Henry.
Bezos’ letter to the paper he now owns is here.
And here are seven important things we know now about the sale (more to come, I hope).

(1) It’s Jeff Bezos making the purchase. Not Amazon. Get your “did he buy it in one click?” jokes out of your system now.

(2) For now, the paper is changing hands, but not personnel. Post publisher Katharine Weymouth (the fourth generation of the Graham family to be involved in the paper) will stay on as publisher. Editor Martin Baron will stay, too. “No layoffs are contemplated as a result of the transaction among the paper’s 2,000 employees,” the Post reported.

(3) The Washington Post Company had been quietly shopping the paper to “a half-dozen potential suitors” before settling on Bezos.

(4) Hardly a surprise, but: The Post acknowledged it wanted to sell the paper because revenue was falling off a cliff. Although publisher Katherine Weymouth told the New York Times that the paper was still turning a profit, all the internals have looked awfully bleak. Operating income within the company’s newspaper division (which includes, but is not limited to WaPo) has fallen 44 percent in six years. Revenue had fallen for seven years in a row.

Since 2008, daily circulation fell from 673,180 to 474,767 in March this year. In May, Jordan Weissmann looked at the company’s financials and determined that “the Washington Post Co. is now a healthy television company attached at the hip to a money-hemorrhaging mishmash of education and publishing businesses.”

(5) The deal does not include Slate or Foreign Policy (or the WaPo Labs digital development operation or land owned by the Washington Post.)

(6) Bezos has no plan, yet. “I don’t want to imply that I have a worked-out plan,” he told the Post. “This will be uncharted terrain and it will require experimentation.”

(7) Newspapers might provide a great service. But they’re not a great business. The Post now joins other newspapers — the LA Times, Minneapolis Star Tribune, Wall Street Journal, Boston Globe — in the long tradition of family-owned city flagships sold off to rich guys.

Loading...
VIDEO – Maina Kageni Playing Golf at Thika Greens < Previous
Mugabe: I Am The Greatest African Leader EVER… Mandela is an Idiot and a Coward Next >
Recommended stories you may like: