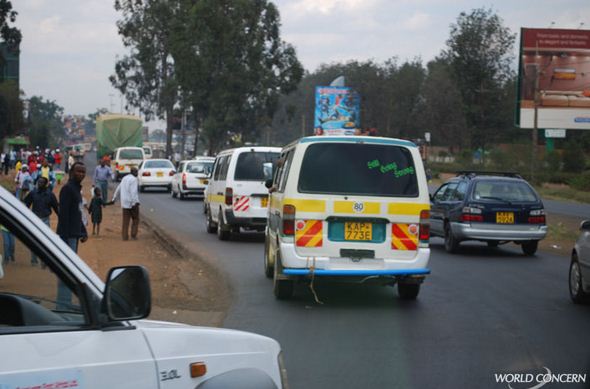 Last week, a middle aged woman attacked and injured a conductor of a matatu plying Jogoo Road, over a 10 shillings change, the Standard is reporting.

The incident happened at around 10am, and according to witnesses, it was prompted by the conductor’s refusal to give the lady her change.
Apparently, the woman had displayed a show of might, by struggling for a seat. Motivated by that, and collective support from other passengers, she became more ‘vocal’ in demanding for her right.

At the City Stadium bus stop, where she was set to alight, she grabbed the conductor by the neck, dragging him from the half-moving vehicle to the tarmac.
She unleashed kicks and blows, before removing her high-heeled shoes, hitting the poor conductor on the face mercilessly.

To the disappointment of the now well entertained public, some other touts intervened to save their own from embarrassment.