President Uhuru Reveals He Does Not Live in State House 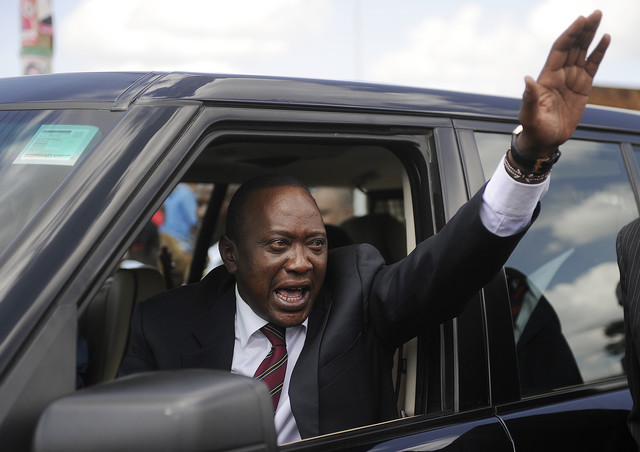 In an interview with Citizen TV’s Hussein Mohammed this morning, President Uhuru Kenyatta has revealed that he has not moved into State House yet.

When asked whether he walks home or lives in State House, Uhuru said that he uses State House mainly for official and state functions.
His family home is just a few blocks from State House, and it therefore comes as no shocker.

President Kibaki was the first president to reside full time in State House. First President Jomo Kenyatta is said to have lived in his Gatundu home during all his presidency, while Moi lived in his Kabarnet home.
Should Uhuru continue living at his home for the remainder of his presidency, then he may go down as history as the man who never lived in State House despite having that opportunity twice… as a child and as president.

The president also revealed how his social life has greatly changed. He described to Hussein how he occasionally sees friends in a crowd but cannot say hi.
On his children, Uhuru said that though he’s now president, their lives were not greatly affected. “They’re still going to the same school and bringing the same friends over,” he added.

Loading...
Dennis Itumbi Appointed Director in The Office of The President < Previous
Tyson Gay and Asafa Powell Fail Drug Tests Next >
Recommended stories you may like:

City Hawker and Kanjo Askaris Who Knocked Out His Teeth Reach Ksh427K Agreement
Loading...
The Latest