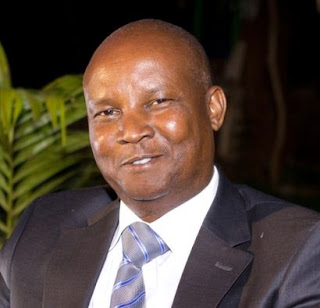 On his way to a possible vote of no confidence is Nakuru county Governor Kinuthia Mbugua, just months after a landslide victory in the March 4 general elections. The proposed motion has the support of 46 out of 55 members of the Nakuru County Assembly. The former administration police boss fueled the political crisis by swearing in nine nominees disregarding the objections of other county officials.

The ceremony, conducted at a  local private members club instead of the county assembly, sparkled the wrath of not only the MCAs but also that of the civil society, with the Rift Valley Society and others filing petitions before the Nakuru High Court seeking to annul the appointments. The governor’s supporters are very rattled because there seems to be more to his troubles than the illegal installation of appointees.

”During the election campaigns, a group of political elites in Nakuru county opposed him because they felt that Mbugua was an outsider,” said a businessman-cum-politician who asked not to be named to protect his business interests.

After winning the march 4 elections, questions started emerging about his style of leadership since he was very unavailable. Very elusive so much that he had skipped three debates organised by leading TV stations. A staunch supporter of the governor, senator James Mungai says the governor is being held under hostage by powerful forces, who include members of the National Assembly from the county. He continues, ”we had 400 people who applied for the positions, it would have been logical to choose others from that list following the rejection of those picked by the governor.”
His supporters though, believe that he will overcome the challenges and lead the county well, ”give him a chance to prove himself,” said Harrison Muiruri,chairman of the Nakuru Informal sector. ”Some of his decisions may not be popular, but are for the good of the county…”

Loading...
Sauti Sol’s Chimano Speaks Out on MKU Incident, "Yes we beaten up by the bouncers" < Previous
Fred Omondi Quits Crazy Comedy Next >
Recommended stories you may like: