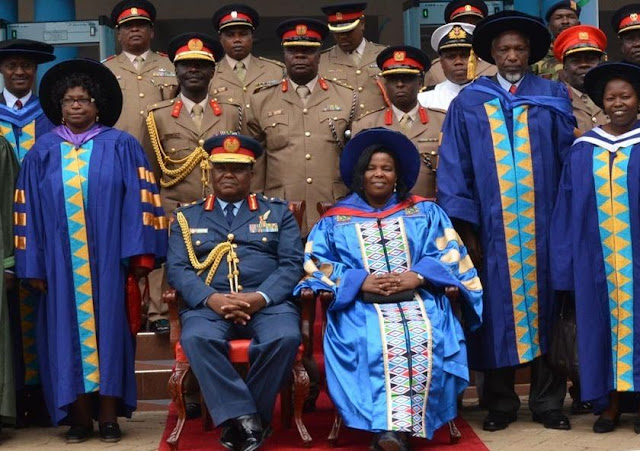 Kenya’s Chief of Defense Forces General Julius Karangi, will today be awarded an honorary doctorate by Kenyatta University during its 35th graduation ceremony.

Gen. Karangi is being recognized mostly for the successful Operation Linda Nchi.
In a statement sent by Head of Public Communications, Ministry of Defence Bogita Ongeri, the Honorary Doctorate of Humane Letters will be awarded to General Karangi for his accomplishments and contributions towards peace and humanity efforts, with special regard to Operation Linda Nchi and the ongoing African Mission in Somalia.
“The degree is a distinction of high order and falls under the category of degrees “Honoris Causa” meaning “for the sake of honour,” said the statement.

Gen. Karangi is also in line to receive the US military’s “Legion of Merit” that is awarded to senior military and civilian leaders who have rendered exemplary leadership and direction in coalition building.
Congratulations indeed.

Loading...
Mandela is in ‘Permanent Vegetative State’… Family Urged To Switch off Life Support and Let Him Go. < Previous
EXCLUSIVE: Where To Catch Kenya’s Most Beautiful Woman Cop Next >
Recommended stories you may like:

Have Some Manners Or Return To Opposition, Ruto Tells Raila