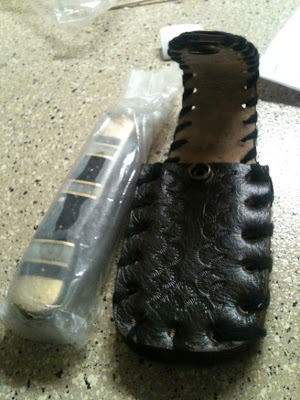 Global logistics company DHL has come under fire from a Kenyan customer, Frank Nyabwari, after it delivered a pen-knife instead of a Samsung Galaxy S4. This was being shipped from the US.

As reported by Jackal News, Frank sent a relative in the US the classy phone, who delivered it to DHL offices for shipping to Kenya.
Along the way, it either got stolen, or was mixed up with other parcels, because what Frank received is a pen-knife worth just a few dollars. This probably belonged to someone else.

In this letter attached below, DHL is willing to reimburse $244, which Frank allegedly feels is less than what it cost him to buy and ship the phone.

Loading...
6 Girls From Same Primary School in Kilifi Impregnated < Previous
10 Things You Did Not Know About P-Unit’s Frasha Next >
Recommended stories you may like: