Bonny Khalwale Robbed off His Phone As He Cheered AFC Leopards 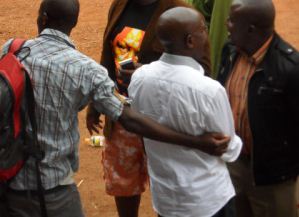 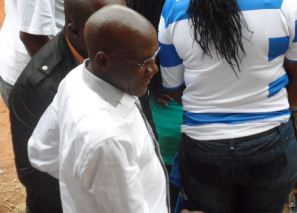 Kakamega Senator Bonny Khalwale was robbed off his phone and wallet during an AFC Leopard match at Mumias Sports Complex.
Ingwe was playing against Mathare United.

Upon his arrival, fans started singing his praises and making reference to his bullfighting hobby, and even went to the extent of carrying him on their shoulders.
It was in the process of this ‘warm reception’ that the phone and wallet changed ownership.

Khalwale was less worried about the cash, but of the phone, which had some vital details, including contacts to the who’s who in Kenya.
He however did not make a big deal out of it, as he continued cheering his team as if nothing had happened. Leopards eventually won 2 – 0.

Police have already started investigations, and Safaricom is helping them track the device.

Loading...
Another Camera Angle of Kenya’s Most Beautiful Woman Cop < Previous
How Jaguar Saved Someone Who Had Been in a Coma For 6 Months – Inspirational Next >
Recommended stories you may like: