Why Did Nigeria’s Super Eagles Refuse To Stay at 680 Hotel? 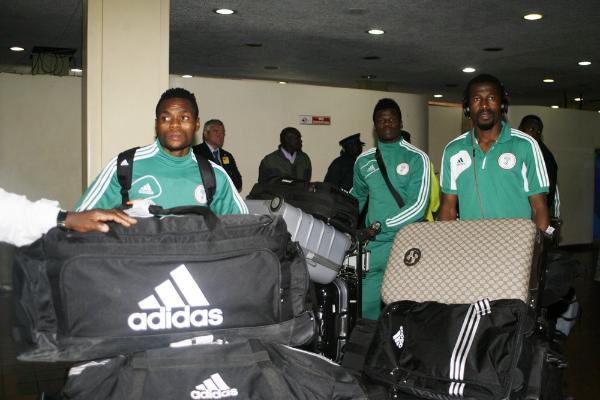 When Nigeria national football team Super Eagles landed in Nairobi on Tuesday, all security and accommodation arrangements were complete. FKF had booked 680 hotel in Nairobi’s CBD for the 24 players and 10 officials.

However, the team had other ideas because upon landing, they rejected the 3 star hotel located at the heart of the capital, and instead headed to Hotel La Mada, located along Thika Superhighway. Their option is definitely more serene than FKF’s, but the officials had no courtesy of informing the Kenyans, who went to the trouble of booking accommodation that was not used.

FKF CEO Michael Esakwa was clearly not amused. He said, “We had booked the 680 Hotel which is one of the FIFA and CAF approved Hotels. But we got a call from mid night and we were informed that they will not be putting at the facility.They never told us earlier that they did not want it – they never even gave us their travel arrangements. This is terrible considering we had already fully paid for the Hotel.
I understand they had booked the La Mada Hotel close to a month ago but they never informed us. These are not the rules. I was at La Mada on Sunday with some of my people and found out it is true.

How do they do that in a country and you do not know of the security. We will be writing to FIFA to tell them what is happening so that we are not responsible for anything as we had done out part as per the rules.”

Several weeks ago, Harambee Stars received bad treatment from the Nigerians, including training on a hard ground in a dilapidated primary school.
Right from the time they landed in Lagos, problems started following them. Their accommodation was also not up to standard, as they were booked in a roadside 2 star hotel, allegedly belonging to one of the Nigerian football officials.

Perhaps that was what motivated Super Eagles to make their own arrangements, because immediately they landed at JKIA, they refused to board FKF’s bus, and went to their own hotel.
Nonetheless, Kenyan officials were courteous enough to accord them police security, and on Tuesday, Super Eagles trained at the Moi International Sports Centre Kasarani, and not in a primary school somewhere.

The game between Harambee Stars and Super Eagles will be played today at 4PM Kenya time and 2PM Nigeria time.

Loading...
Sonko Surprises Passengers as He Boards Matatu From Westlands and Pays Everyone’s Fare < Previous
Ken Walibora Returns To Nation Media Next >
Recommended stories you may like: