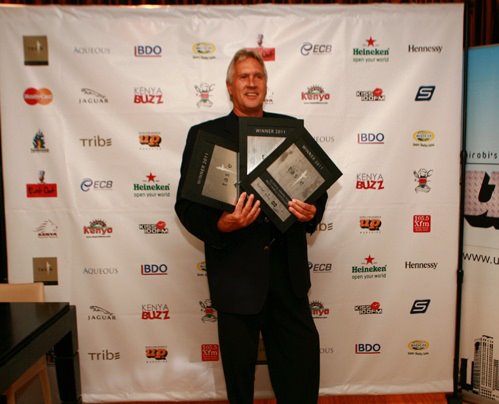 The Carnivore, Nairobi is one of the leading restaurant and entertainment destination in East Africa. Most of the international concerts have been hosted here for decades, and it has continued been a favourite. Apart from the concerts, Carnivore has in the past few years been home to Churchill Live, now Churchill Show Live recording. Currently, recording takes place every Thursday evening, further cementing the restaurant’s position as the top entertainment spot in Kenya.
Just recently, Blankets and Wine relocated from the Leisure Gardens to the Carnivore Gardens.

The restaurant has a big name, but it turns out the owner doesn’t. So who exactly owns Carnivore.
The restaurant is under The Tamarind Group, which owns 7 Tamarind, Carnivore and Tamambo restaurants, in Nairobi, Mombasa and Johannesburg.
It was started in 1972 by Chris Seex, with the opening of Tamarind in Mombasa. In 1975 Martin Dunford joined in, and today they are 8 partners; three of European origin, three Africans and two of Asian origin.

Martin Dunford, as you may recognize from the name, is the father to Olympic swimmers Jason and David Dunford.

Earlier this year, he spoke to the site ‘How we made it in Africa’, and this is how the interview went.

Tell us about the Tamarind Group and how it was founded.

The Tamarind Group goes back to 1972. It was started by Chris Seex with the opening of the Tamarind restaurant in Mombasa. I joined in 1975 and we took on other partners. Today we are eight partners, all Kenyan with a good ethnic mix; three of European origin, three of indigenous origin and two of Asian origin. We are very multicultural. We went on to develop the Tamarind, Carnivore and Tamambo restaurant brands in seven locations in Nairobi, Mombasa and Johannesburg, South Africa. We also dabbled in many other businesses, which we found out we should probably not have done and stuck to what we do best. We were in fish farming, furniture manufacturing and animal feeds, but we decided to stick with restaurants. We saw an opportunity in South Africa to spread the Carnivore product and we started in Johannesburg in 1993 as a joint venture franchise which has done well. It has expanded to include a conference hotel and spa, a game farm and recently the Carnivore gourmet meat butchery where we supply game meat to high class restaurants and hotels. Carnivore (Nairobi) is a very big three-in-one operation: restaurant, club and grounds for events, with more than 300 staff and ten managers.

Carnivore has become a big brand. What inspired the concept and are there plans for further franchising outside of Kenya?

I was in Brazil in the late 1970s and I went to a churrascaria – a Brazilian style barbecue restaurant where cooked meats are continuously brought to your table and offered to you until you have had enough – and it had a great concept for nyama choma (Swahili for ‘roasted meat’) lovers. When we started Carnivore in 1982, it was just meant for locals but it has grown dramatically and is now popular among foreigners too. One of the reasons for the success of the Tamarind Group is not growing too fast. This growth has been in a period of about 40 years. We have been a bit hesitant to franchise Carnivore because it is a very complex concept to franchise. There are too many variables and that has held us back. In South Africa it has been hard work to keep the standards. We did do one in Egypt and we had problems. The franchisee underestimated how difficult it was going to be and therefore didn’t do it right. When the Arab Spring started, we decided to get out.

Carnivore popularised game meat consumption in Kenya. How has the ban on game meat affected your business?

Up to 2004, we supported the concept of consumptive utilisation of game, but the government banned this with the excuse of poaching. Well, poaching hasn’t slowed down at all and the people who were keeping game now cannot eat or sell them and yet they compete with domestic animals for grazing. In South Africa, there is more game today than there was 100 years ago because they have 13,000 game farms. When we lost our game meat at Carnivore, it hampered our operations because people would come expecting to eat zebra, giraffe, oryx and mainstream antelopes. It put us on the back foot and it was a big challenge keeping the restaurant popular and relevant. We however still have crocodile and ostrich because these are kept in cages and is not affected by the ban. Eight years later, we have survived, but if we could get game back, it would be way better for us. 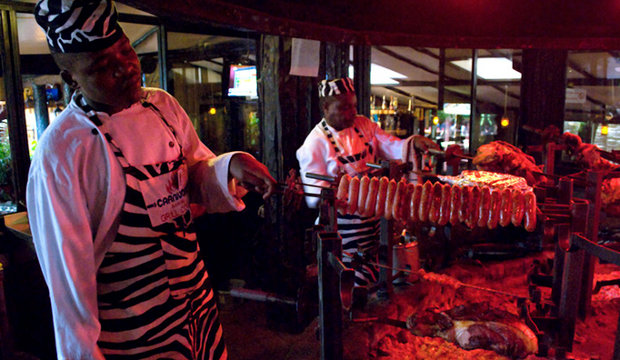 How much is the group worth today?

The group in Kenya has a turnover of 1.5 billion shillings (US$17 million). We have a management team of about 30 with 800 employees in total. Carnivore (Nairobi) feeds about 150,000 people a year and it has been in operation for 30 years, that’s about four million people. The problem with a personal, almost family business that we run, is [that] unless you are running it, it’s probably not worth much. But let’s say, if you came along with a cheque for $20 million, I would take you seriously.

What challenges have you faced running the business?

When you are trying to implement international standards, the public sector doesn’t give you the support you need in terms of water, power, security and garbage disposal. You have to provide all these services yourself. That is a big challenge. Our Mombasa operations have also been struggling for the last ten years because the level of quality in tourism has declined and so has the quality of Mombasa as a destination. It no longer attracts the top spenders. We keep reinventing ourselves and actually right now there is a different market in Mombasa driven by mineral exploration, oil, tea trade and the port. We have gone through difficult times like the US embassy bombing in 1998 in which the Tamarind was blown up with it and we were out of business for a while, as well as the 2008 post election violence. These things set us back, but quitting is never an option.

What management tips would you give other business leaders?

It is important to develop relationships with employees who are extremely important. You should also create a fun environment where there is open communication and avoid any kind of superiority or arrogance. Be more compassionate with your employees because their lives are a lot more difficult and managers need to understand that. You must also know your customers. Lead from the trenches, you cannot sit at the ivory tower and write memos.

What advice would you give entrepreneurs running businesses in partnership with others?

We have been successful because we complement each other. Everyone has their strengths and we work together. That is the importance of having a multi-cultural team. We have never had a fight. How boring is that? When somebody screws up, we move on. We run it almost as a family business.

Describe some of the trends you are seeing in the hospitality industry?

There is an emerging market that is huge, although we are not really in it. The middle class is driving the growth of coffee shops and restaurants like Java, Dormans and Artcaffe. It is a different market; a younger, fun market that has the potential to be our customers in coming years. There is also potential for mid-market hotels.

Our plan now is to go into accommodation. We have a couple of things simmering at the moment. One is a hotel at Carnivore (Nairobi), which will cost about $15 million. We are doing this with other investors and we expect to be on site this June. We will also set up a portfolio of properties that we are going to manage, some are going to be apartment hotels like Tamarind Village and hopefully other hotels throughout Kenya and East Africa. Our aim is to become the preferred hotel management company in East Africa because we understand East Africa and we are good with food.

You have also raised two Olympic swimmers. Tell us about that. 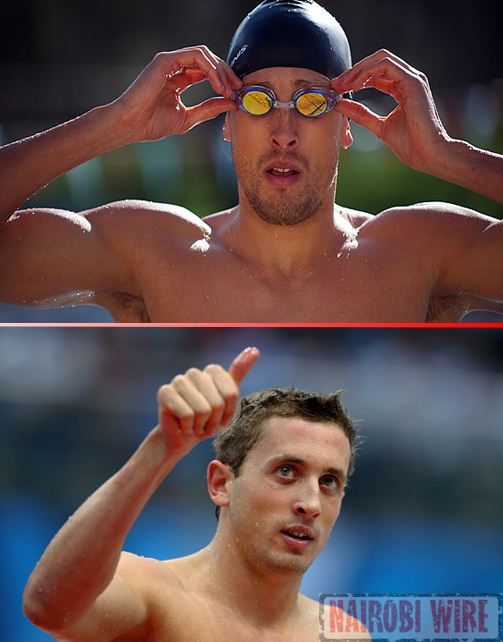 I am sports guy. I have played rugby, squash, basketball, surfing and swimming. When the kids (Jason and David Dunford) were small they were attracted to swimming and they took to it like ducks to water. When Jason broke the record in the Beijing Olympics, it was exciting. They over-trained in the Britain Olympics, such that they went into the competition tired. I am proud of them. It is important [to] give kids the opportunity to be their best.

Loading...
VIDEO: After Breaking Up With Marya, Colonel Mustapha Looks For Love on Tujuane < Previous
Rick Ross Reveals His Ignorance With "Beautiful Country of Africa" Remark Next >
Recommended stories you may like:

Aden Duale: Presidential Race is Between Two Horses. The Rest are Donkeys
Loading...
The Latest