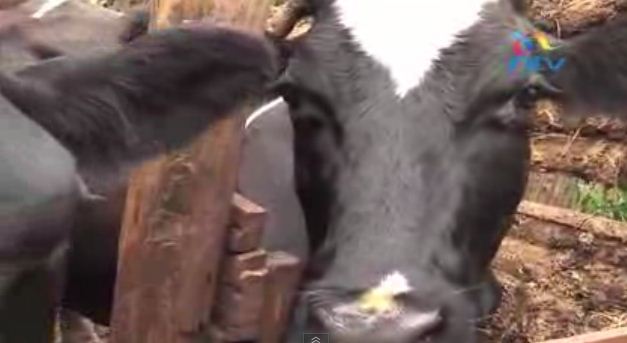 Now yesterday, this man in Kiambu was caught molesting a pregnant cow. At around 1 am, Esther Nyaguthi heard commotion in her cow shed, and went out to investigate. She was not ready for what she saw. A man was atop one of her cows, and to show just how serious he was, he had hanged his coat on a stick somewhere.
To make matters worse, he had a ring, and he confirmed that he was indeed married.

Nyaguthi alerted residents who beat the man senseless. He is currently nursing injuries at the Kiambu District Hospital.

A veterinary officer confirmed that the rape had not affected the cow’s 9 month pregnancy, but its milk may lack some elements. Nyaguthi however said she will be selling it.

Whatever is leading people to animals is beyond me, and maybe you can add your voice on the comment section.

Loading...
Does Jaguar Really Own That Plane? < Previous
H0RNY Kiambu Man Caught Doing it With Cow.. Now Kenyans Attack People of Kiambu ‘COWNTY’ – Hilarious Next >
Recommended stories you may like: