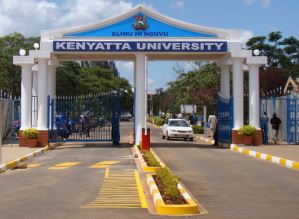 Nyaga said she is not against the idea of being searched before an exam but it should be conducted by members of the same sex.
She said the lecturer told her that if she declines, she has to move out of exam room. The lecturer took away her exam papers and moved on to the next student who also raised objections.

Following the protest by other female students, Nyaga said the lecturer ordered her to leave the exam room to which she obliged.
Nyaga said she went to report the incidence to the chairlady of the private law department but after failing to get her she informed the secretary who asked her to wait.

“Shortly after this incidence the lecturer called me but I told him it is inappropriate for male personnel to search a women,” she said.
According to suit papers the lecturer apologised to Nyaga and promised that he will set another exam for her. She said two weeks later, the lecturer called all the students who missed the exam including to sit for it.
All was well until April 19 when she received a letter of suspension from university’s acting registrar S.N Nyaga. The suspension letter said she will be away from school pending her appearance before the students’ disciplinary committee.

She has accused the university for condemning her without hearing her side of the story. Nyaga said the university exceeded its mandate by allowing searches on female students to be done by male lecturers.
She said the institute has also breached rules of natural justice which require that all parties in a dispute be given opportunity of hearing before any action is taken.

Nyaga wants the court to compel the university to reinstate her so that she continues with her studies and also ensure she sits for all exams missed.
She wants the court to quash the decision to suspend her and issue an order barring the institute from taking further disciplinary action against her in relation to this matter.

Loading...
Uhuru Kenyatta Falls in Love With Sagana State Lodge < Previous
Saudi Prince Sues Forbes For Undervaluing His Wealth Next >
Recommended stories you may like: