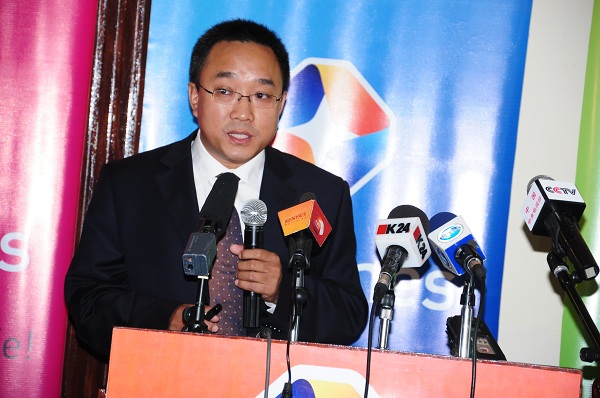 Days after major local channels pulled out of Startimes, the Chinese company has launched a set top box with capability to provide both paid and free content. This will give an option to those seeking to migrate from analogue to digital, but are not ready to pay a monthly fee for TV services.

The latest move may see the return of Citizen TV, NTV and KTN to Startimes, three weeks after they pulled out, as one of their grievances was that the Chinese are charging their subscribers for channels that are free to air.

The new decoder will retail at Sh 4999, but there has been no indication that Startimes will be exchanging the old ones. Upon purchase, the subscriber will receive one month’s access to Unique Plus bouquet, worth Sh 2500.

This was its statement yesterday.

STARTIMES MEDIA INTRODUCES FREE TO AIR SET TOP BOXES IN THE KENYAN MARKET
Firm looks at reaping from the analogue switch off by diversifying the digital television offering
Nairobi 4th June 2013: StarTimes Media has today announced the introduction of its approved Digital Video Broadcasting Technology 2 (DVB –T2) free to air set top box in the Kenyan market. Popular for the provision of affordable digital Pay Television, the free to air set top box will enable costumers’ access digital television service without attracting monthly subscription fees.
With capacity to accommodate both Pay Television and Free to air digital services, customers will have an option of upgrading from free to air to Pay TV at will and vice versa, without the need to purchase another set top box.
Speaking at the launch, StarTimes Media CEO Mr. Leo Lee stressed the firm’s commitment in growing the broadcasting industry while enriching the viewing experience of the Kenyan people. He cited the provision of unrivaled technology as a key factor in the delivery of competitive digital television service in the country.
“Kenya becomes the flagship market for this device where we intend to ride on our 70% digital television network coverage in the country as we plan to  extend reach of  local channels under our platform to more Kenyans on both Pay TV and free to air offers thereby giving Kenyans an enviable choice”,  said Mr. Leo.
The move is a welcome boost to the digital television migration process after an indication by the Communication Commission of Kenya (CCK) that just over 11,000 free to air set top boxes have so far been sold. The low volume of sales has been attributed to the low supply and cost which seems beyond the reach of many Kenyans.
The decoder will be retailing at Ksh 4,999 with a month’s access to Unique Plus bouquet that offers over 70 Pay Television channels where upon expiry of the offer, the subscriber will have access to all free to air local channels for good.
The customer will have the option of subscribing to either of the StarTimes bouquets to access the Pay Television channels at will.
“We intend to increase the uptake of digital television in Kenya through the provision of trusted, durable and branded set top boxes that come with a  yearlong warranty, as we seek to ensure that majority if not all households have access to the StarTimes digital television service” added Mr. Leo Lee.
StarTimes Media Africa operates in over 10 countries with a combined subscriber base of over 3 million and a global reach of over 7 million in China and Africa. The firm has invested heavily in the digital television sector as it seeks to meet increasing technological demands.
Less than a year after StarTimes launched operations in Kenya, the company has seen increased appetite for its affordable Pay Television service and intends to bank on the same goodwill to grow its market share with sales of the free to air set top boxes.