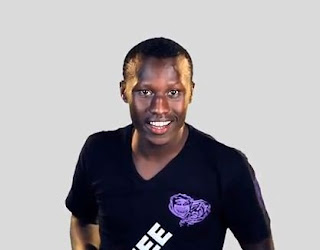 By Cabu Gah
Greetings Star!
I have been silently and admirably watching your star rise every single day! Boy,ARE YOU A STAR! You have captured crowds,swept away the President,hyptonized the nation and sent the First Lady falling over with laughter!

You are a rare gem. A beautiful discovery. And a vivacious rock star in the making! You have the talent,the charisma,the gait,the aura and the X factor! Owira,You are quite something!
But Owira,Did You watch HOME ALONE? Then You must know the main actor MACAULY CULKIN. Macaulay was a child/teen star just like You! He swept America away,landed numerous t.v jobs,went to a thousand interviews and was ranked as the 2nd Greatest Teen Actor in America! Also,Macauly used to command a good $10 million for a movie role.
His movie HOME ALONE was a huge,huge success! Everyone wanted him! Everyone rushed to be associated with him! Including the King of Pop,Michael Jackson…who not only became his bestfriend but also asked him to move in with him! Yes,Macauly was such a teen star!
But Hey,In the mid 90’s,his parents broke up and started fighting for him. His dad wanted to manage him. And his mom too. They started fighting for him; and his money and power.
People started using him and dumping him. He was in a mess. He tried doing other movies and they were a shameful flop. And in 1994,Macauly quit acting!
And from there,Macauly started doing drugs; marijuana,cocaine and Xanax. He couldnt get jobs anymore. Or even interviews. The media avoided him. And his friends too,including Michael Jackson.
He became a mess. Did cheap,crappy movies,slept in jails and was ultimately forgotten by America! Yes,the boy who was once the MOST LOVED AMERICAN teen actor was now just a cheap,jobless dirty addict! Macauly’s star was DEAD! Dead! Dead!
Owira,
I want You to read the stories of other teen stars and see how it ended up: from Daniella Westbrook to Shirley Temple to Britney Spears to Amy Winehouse. Read their stories ,Owira!
Owira,
The problem with any kind f fame is that one you biuld it,You MUST maintain it! The requirements of fame are costly! As your influence grows,be aware of the temptations of fame!
Owira,once fame hooks you with its seductive claws,it begins to sink its teeth in You! Slowly,it takes over until You are no longer yourself!
Owira,You will meet greedy people. Mercenary people. They DONT WANT YOU. They JUST WANT TO USE YOU. Use your sudden fame and status.
Be careful. Temptations will come. People will fight over You. Over your money. And fame!
Watch Out! Fame is a hungry demon! Read Your books,boy! Read those books!
Do NOT be carried away by the fame. And by the people around You. Stand Your ground. Focus on Your education. Put school first. Always.
Be firm. Say NO to the seduction of quick money and fame. Go slow. Watch out. Be sober and take it slow.
Relay,Boy. Relax.
DO NOT RUSH TO BE A STAR. Everythng happens at its own time. Trust Me. Be patient.
And above all,
NEVER LET MUMMY DOWN. Never ever!
All the Best,Mr Daniel Owira.
Follow @nairobiwire