New Study: If You Listen To Lil Wayne, You’re Stupid 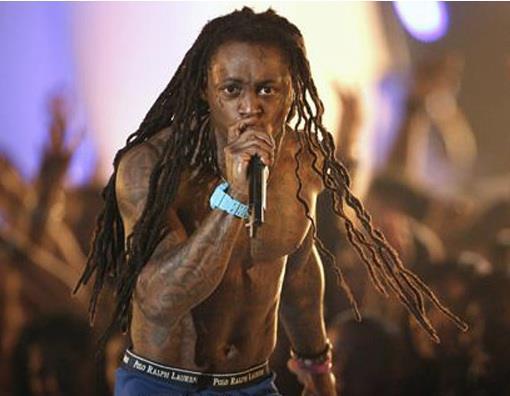 According to a recent study, Lil Wayne fans are as dumb as a rock. If you enjoy Beyonce and T.I., you’re not too far behind. If you listen to Beethoven, you’re practically a genuis.

Data for the study was gathered from Facebook. The study’s author found kids from different colleges across the US, and compared their favorite music to the average SAT scores from those schools. According to the results, Lil Wayne fans had the lowest SAT score at 876, giving his fans the dreaded title of “dumbest fans,” while fans bands like Radiohead, Counting Crows and singer Sufjan Stevens ranked in the 1200s. Fans of Beethoven ranked the highest at 1376. A perfect SAT score is 1600.

The study called Musicthatmakesyoudumb [sic] was conducted by famous American hacker Virgil Griffith, a 2007 University of Alabama graduate, who gives lectures at hacker conferences all across the Nation. A previous study by Griffith called Booksthatmakeyoudumb, listed “The Holy Bible” as one of the books read most often by individuals with low SAT scores, and “Lolita” as well as “100 Years of Solitude” on the highest end of the scale. The study’s popularity with his peers inspired Griffith to find out which bands and genres of music were popular with people with certain SAT scores.

Much like Griffith’s previous study Booksthatmakeyoudumb, which listed “The Holy Bible” as the one of the books read by those with low SAT scores, Gospel was the dumbest music genre with an average SAT score of 916. Closely following Gospel music is Hip Hop and Jazz. Despite the high number of smarties who listen to Beethoven, classical music rated low, at a dim 976. Ironically, techno was the highest rated genre at 1056. In this study, most Individual groups rated much higher than genres.

Many people are outraged by this study, calling it judgmental, ignorant and racist, despite Griffith’s attempt at gathering a good cross-section of America . When this study made its way to TMZ, straight A students and college graduates who scored high on their SATs came out of the woodwork to show their love for Lil Wayne. Most people seemed to despise the message of generalization.

I can see how some artists are more cerebral than others. I only know one Lil Wayne fan, and can honestly say she is a complete rock who can’t spell or put together a complete, intelligent thought to save her life, but that doesn’t mean I lump all of his fans in a similar “challenged” category. Not all of Rufus Wainwright’s fans are gay. Not all fans of emo groups wear black and want to kill themselves. Many people who are into classical music and play classical instruments love Jay Z and Eminem because their songs have unique rhythms and flows that come off as fresh and fun to those who study classical.

The big lesson here? Although generalization is dangerous, facts are facts, and averages are just that. No matter what the averages are, you will find Lil Wayne fans spanning the entire SAT score spectrum.

Loading...
Raila Odinga Jets Back From London For His Hot Ugali < Previous
Otonglo Boy Daniel Owira Does Naivas Back To School TV Commercial (Video) Next >
Recommended stories you may like: