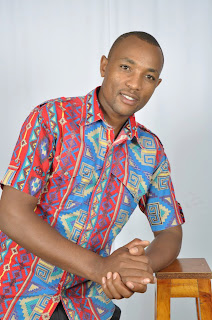 This morning, reports emerged that Kiengei was spreading hate on his Facebook page; most of it directed towards the luo community.
Kahawa Tungu, a blog associated with Robert Alai, was the first to report on this, and even had screenshots for any future reference.

Apparently, Kiengei has a very strong dislike of people from the lake. Recently, he got into a conversation with one lady whose name has been shaded out. After what seems to have been a disagreement, the radio presenter wrote, “Why are u always following my life, are u married to a luo..” 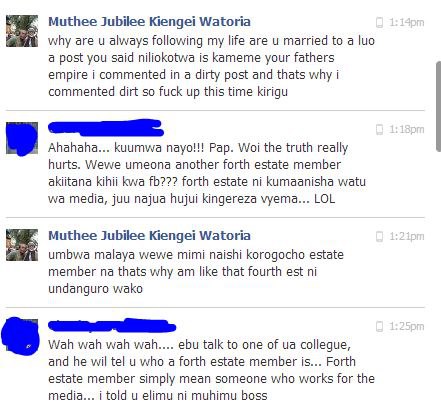 There’s more. Apparently the presenter even touched on the sensitive male circumcision issue.

The authenticity of the above screenshots cannot be confirmed, but we know for sure that the presenter has suspended or deleted his Facebook page.

At the time of this writing, the page facebook.com/muthee.wawatoria is met with a ‘Sorry, this page isn’t available’ message.

Loading...
Jay Z and Kanye West Performing Live in Nairobi This June – Ticket Sh 45,000 < Previous
Photos of Jaguar’s House Next >
Recommended stories you may like: