Full List and Video of The Mombasa’s ‘Dogital’ Ladies 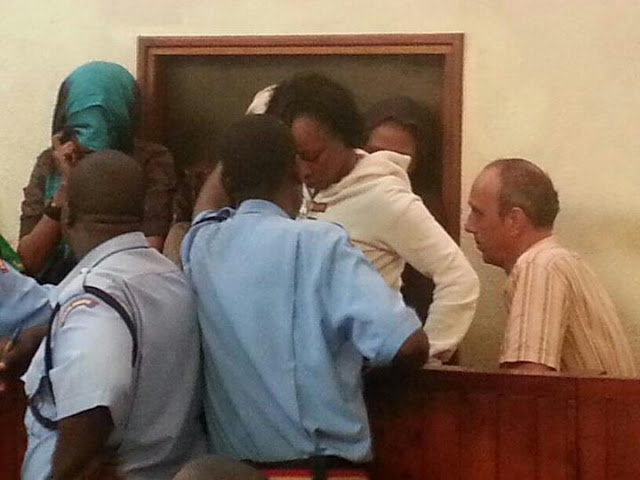 Last week, the nation was left in shock after it emerged that more than 10 college girls were shooting pornography, with a dog.
Their employer was a white man, going by the name Christopher Clement Weisssenrieder.

According to police reports, four of the ladies were actively involved in the exercise, with the rest being bystanders at the time of arrest. They were reportedly being paid Sh 3000 for the shooting.

Loading...
David Rudisha’s Wife And Kids – Pictures < Previous
#You Know Your Mother Is Kenyan If… Hilarious Tweets Collection Next >
Recommended stories you may like: