24 TV Series Set To Return For One More Limited Season 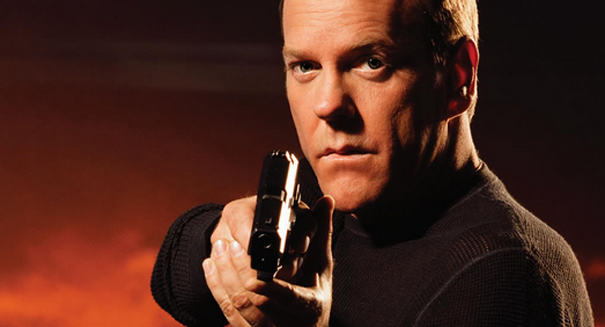 Fox have announced that they are planning on bringing back the hugely successful series 24 for a one-off series, with many of the original cast and crew returning for the new series. Kiefer Sutherland, who has just had his current series Touch axed by Fox, will of course be returning as anti-terrorist agent Jack Bauer, with original show producer Howard Gordon also coming back.
The series will not be following the orignal format however, because rather than feature 24 episodes per season, to signify each hour of the day, this season will only feature 12 episode. The new show run, officially titled 24: Live Another Day, will jump certain hours, but will still cover a 24 hour time period.

In 2011, Gordon told The Hollywood Reporter that conversations were “definitely happening” to bring 24 to the big-screen, however by 2012 the ‘definately happening’ became ‘definately not happening’ as the film’s producers failed to come up with an agreeable budget for the film.
The new series will air in May 2014.
– Contact Music
Follow @nairobiwire

Loading...
Photoshopped Pictures of Mithika Linturi (MPIGembe South) – #OCCUPY PARLIAMENT < Previous
The Evolution of a Kenyan MP – Photo Next >
Recommended stories you may like: