By Ken   /   Tuesday, 23 Apr 2013 08:50PM   /   Leave a Comment
President Uhuru Kenyatta and his deputy William Ruto clearly have a lot of chemistry between them.
From the campaign time, to the recently released video of the two during a shooting of a Jubilee campaign ad, and now to the matching ties.

Yesterday during the announcement of the cabinet secretaries, Uhuru and Ruto were dressed in a similar shirt and tie, and some people are now referring to it as State House romance. 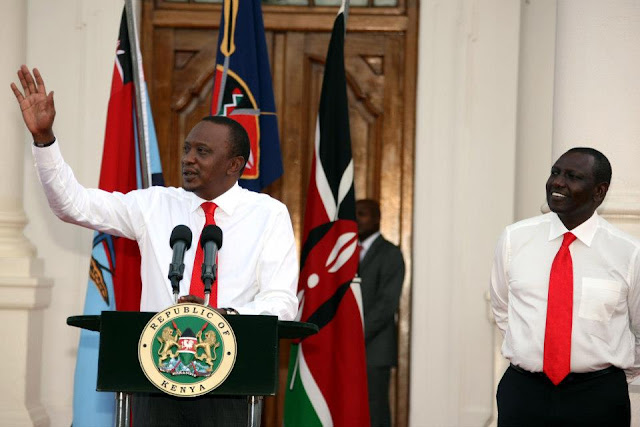 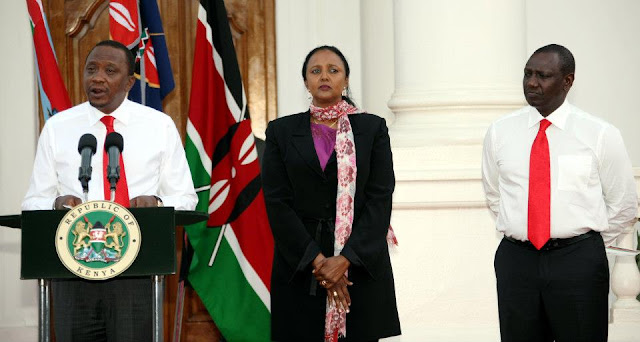 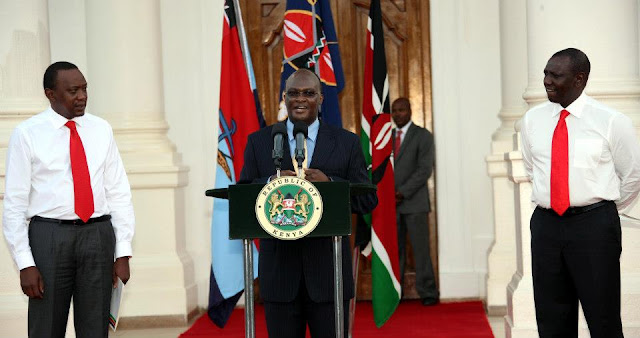