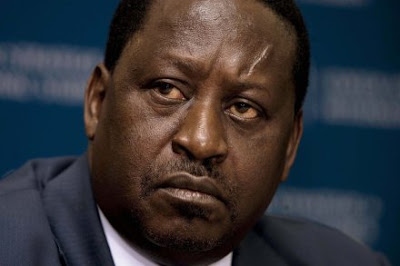 The recent Kenya election was easily the most watched and commented on in East Africa for a long time.Finally, last Saturday the Supreme Court upheld the election of Deputy Prime Minister Uhuru Kenyatta of the Jubilee alliance as the next president.

After the March 4 poll, the Independent Electoral and Boundaries Commission (IEBC) announced Uhuru winner with 50.07 percent of the vote, with Raila getting 43.28 percent. The IEBC, for sure, fluffed the election and Raila and civil society groups felt there was sufficient ground to go to court to challenge it. After weighing the odds, the Supreme Court said Uhuru had won it fairly.
Kenya, without doubt, has East Africa’s most open politics – the court proceedings, the election results announcements, the appointment of judges, government officials, name it, all happen on live TV.  Yet, open as it is, it often tells you very little about the real forces driving that politics. Nearly all the opinion polls leading to the election had Raila in the lead. After the December 2012 party primaries that Raila’s Orange Democratic Movement (ODM) handled badly in many places, the polls started to change in favour of Uhuru.Raila has towered over Kenyan opposition activism, and in the last 15 years, its general politics. It is probably instructive that after the court ruling, the most asked question in newspaper columns was “what next for Raila?” not “how will Uhuru govern?”
In many ways, Raila lost this election because he had won. Son of the father of Kenya’s opposition politics Jaramogi Oginga Odinga, Raila finally shot to fame in the failed 1982 coup, and from then on gained a reputation as a brave and fearless campaigner for multiparty democracy. He served his years in jail for his troubles.
Raila almost seemed to have become addicted to anti-establishment activism. He was at his best when taking on the state and men of power. He honed a political style that needed a huge grievance, and he would ride that wave like few other African politicians could.
And therein lay the seeds of his loss. His ODM assumed Raila’s rebellious character, making it difficult to impose central discipline on it.
Thus when in his Nyanza backyard the ODM big wigs sought to impose candidates in the primaries that the rank and file didn’t like, they did as Raila had taught them over the years – they rebelled. Thus in a region where he was once a near-demigod, the unthinkable happened; Raila was booed on some of his campaign stops.
In the 2007 campaign, which Raila ran with remarkable efficiency (as opposed to 2013) he championed two issues. One of them many people thought he was crazy to push; a highly devolved political system. The other was trimming the powers of the president.
Many people were afraid that devolution would break up Kenya. However, the 2007 election ended in a violent dispute, which was resolved with the formation of a grand coalition with Mwai Kibaki as president and Raila as PM.
The shock of the violence that followed the 2007 poll opened the way for the 2010 constitution. The ODM devolution project was adopted; and the powers of the presidency were dramatically reduced.

As the bible would say, Raila’s work was done. In reality, there was no emotional or big issue to keep him in politics.
Raila started suffering the problem that most charismatic opposition politicians like him have endured when they get into government; they are just not able to remain the angels and heroes that they were before as a recent article in TIME magazine noted. Poland’s trade union leader Lech Welesa was larger than life when he led the opposition to Communism. He won, and when he became president he was a disaster.

Lech Walesa: Was brave and inspirational as an opposition figure – much like Raila – but fall by the roadside as president.
The Czech leader, poet, Nobel laureate Vaclav Havel who led the democracy movement was a near-god. When he became leader, he was uncomfortable in the job, and botched it.
Another Nobel laureate, Myanmar’s (Burma’s) Aung San Suu Kyi, according to TIME is also beginning to look fallible, now that she is free and active in politics.
In Raila’s case, while he was PM, some ODM strongholds meanwhile got  infrastructure built, and Kisumu’s ramshackle airport was renovated and expanded and became the best of its type in Kenya. With that an economic boom that is changing the face of the lakeside city started. The deep sense of exclusion that fuelled Raila’s politics in the past faded.
Raila himself often seemed unenthusiastic on the trail. The election machine he built this time was a faint shadow of the one he had in 2007.
Probably it is because he didn’t have any of the grand causes of the past, because he had achieved nearly all of the key ones with crucial victories in the 2010 constitution. Uhuru and his running mate William Ruto, meanwhile, seemed to have all the burning grievances and motivation going for them.
The common view is that because both Uhuru and Ruto face charges at the International Criminal Court at The Hague for their alleged in the post-election violence in 2008 that killed 1,400 – victory was a life or death matter for them, because it would dramatically improve their chances of being acquitted.
But I see something bigger. Some of the people, most of them from Central Kenya, who were displaced in smaller scale election violence in the Rift Valley, Ruto’s realm, in 1992 and 1997 are still unresettled – just like several thousands from 2008.
For the Central Kenya landed elite, it was absolutely critical that there was no violence in the Rift Valley that uprooted any more Kikuyu people who would end up in their homeland as “refugees”. The long-term implications for the credibility of the traditional Central Kenya leadership, and the risk of the Kikuyu countryside becoming an even more lawless expanse were too high. An Uhuru-Ruto ticket reduced that risk dramatically.
For Ruto, an Uhuru ticket meant that he didn’t have to confront the Rift-Valley-Land-For-Kalenjins hardliners. Eager to make peace, Central Kenya Power was not going to press for restitution for the Kikuyu who lost their lands and homes in 2008 – thus allowing the fellows who seized them to keep them for possibly up to 10 years, making any reversals of their “ownership” impossible by the end of that period.
But something else that I referred to already had also made the 2008 attacks on, especially, the Kikuyu in the Rift Valley impractical in 2013.
Unlike 2008, my sense is that Rift Valley leaders were smart enough to realise that violence that chases farmers from their lands and hurts investment in the region would not be Nairobi’s problem. It would hurt “their” county economy.  These new highly devolved counties, as we noted above, were Raila’s big and emotive issue in 2007. If he hadn’t driven the issue, devolution might have taken longer to come – if at all.
In short, while many people see the Uhuru-Ruto victory as a product of a tribal closing of ranks by the numerous Kikuyu and Kalenjin, I see a sophisticated deal knitted together to protect the economic and social capital of the two communities’ elite.  It was in deep peril. Uhuru and Ruto were not the leaders here; they were merely instruments.
Raila couldn’t pull any dynamics to equal those out of his hat. In addition he became a victim of his success, proving the truth of the old adage that no good deed goes unpunished.

A shorter version of this article has been published on
monitor.co.ug
NakedChiefs.com