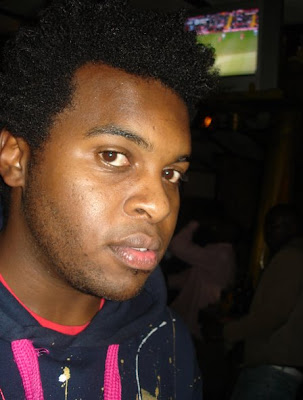 POLICE have concluded that the late Internal Security minister Prof George Saitoti’s son Zachary Musengi was not kidnapped from his biological parents.

The probe committee led by senior CID officers has handed an 18 page report to Justice Isaac Lenaola who is handling the case. The judge has now directed the parties to go back to court on May 24.
The report concludes that Musengi, the late minister’s adopted son, and Stephen Wachira, who was stolen from a Subukia couple in 1988, are two different people.

“Evidence adduced from relevant witnesses proves beyond reasonable doubt that Musengi is not Stephen Wachira,” the report reads in parts.
The Director of Public Prosecutions directed the police to investigate after Sebastian Maina Ngunju and his wife Elizabeth Njeri claimed last year that Saitoti’s son is their lost child.
Ngunju filed a case at the magistrate’s court in Nakuru seeking leave to prosecute Saitoti’s widow for stealing their son. The police report says the couple did not provide any evidence that Musengi was their lost son.
They concluded it was not necessary to subject Musengi to undergo a DNA test. The police said a forensic analysis is only necessary when investigators fail to establish the truth.

The police confirmed that the Subukia couple’s son, who was born on September 21 1988 at Subukia sub health center, later went missing and was never traced.
They agree with Ngunju that the stolen child was kidnapped three days to his third birthday by a woman who was later arrested, charged and acquitted by a Nairobi court

However the police report includes documents and family pictures proving that Musengi was born in September 8, 1983 at Park Road nursing home.
He enrolled at New Muthaiga Kindergarten in 1987 and in 1988 joined another kindergarten in Westlands when he was 6 years and 2 months old, not three years old as claimed by the Ngunju family.
the Star

Loading...
Blasphemy: Kanye West and Kim Kardashian To Name Son Christ – With a K < Previous
The Powermen Behind Raila Odinga Next >
Recommended stories you may like:
How to Play HollywoodBets and Earn Money

Email Marketing in 2021: Is It Still Effective?