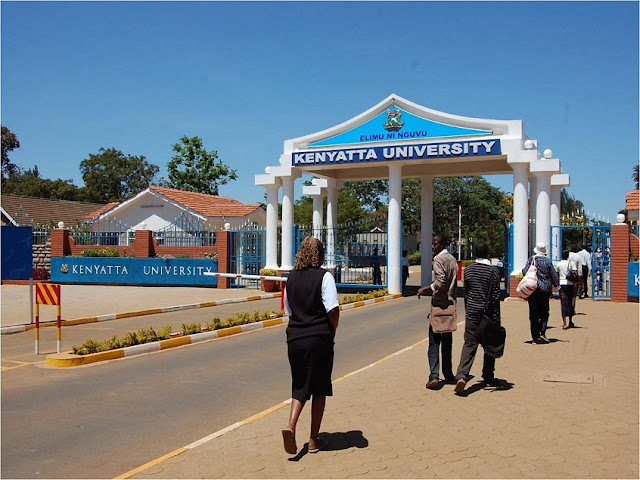 It has always been an issue waiting to explode. Though spoken in low tones, it is the belief of many that parallel or self sponsored students are academic light weights, only taking the best courses because of their money.
Parallel students end up paying over 6 times the amount paid by those who are allocated slots by the Joint Admissions Board.

Yesterday, there was a fierce exchange of words between Self Sponsored and Government Sponsored students from Kenyatta University, on the popular ‘Its only in KU’ Facebook page.

It started with the admin of the page publishing a post about 27 KU students who have been summoned by the university disciplinary council, for taking part in the riots following the discovery of unused election material, at the University’s main campus.
He wrote.

So apparently 27 K.U students have been summoned before the disciplinary committee following riots after the discovery of ballot materials at Business Centre in mid March…My question where is ABABU NAMWAMBA and MILLIE ODHIAMBO who hailed them as “gallant soldiers” of democracy? The COMRADES will suffer just because they fought somebody else’s war.

One Nixon Nick, who is evidently a Government Sponsored student, introduced the elephant in the room by equating the rioting students to fools, who are clearly self sponsored (parallel).

Nixon Nick – if u think they were fighting someones war then u r the greatest fool in k.u,n u must b ssp (self sponsored)..kuskumwa kama mkokoteni aka academic reject.

All of a sudden, the issue at hand shifted from the ‘gallant soldiers’ of Ababu Namwamba, to the Self Sponsored – Government Sponsored debate.
His comment came at a good time, as Facebook has just introduced replies in comments, and this particular one attracted over 200.

Most of the replies were insults directed at Nick, and most are unfortunately unprintables, but you get the point. You don’t go telling people they’re academic rejects, even if you think they are.

Below are some of the reactions.

Waithira Mum Alvoh – I thnk u misspelled ur name nixon. Am sure th n in nick shud n D.

Peter Mwanzia – Boss take time to think before u type something being a ssp haimaanishi am a hooligan btw kaa wee ni chopi si ungeenda M.I.T (Massaccusets Institute of Technology)

Esther Obadiah –  Iam a proud ssp n money took me where my brain culdnt so wha nigga??? na nitamaliza niajiriwe wewe bado ukitarmac so we r all the sem n mayb im beta than u!!!

Sheila Ngugi –  Some of us ssp ‘academic rejects’ actually performed way better than u mr.genius and still continue to do so
!! dont we just love ssp? freedom of choice to study whatever you want, wherever you want??

Cantario Richy – nko ssp na am sure I nilikuchapa handsdown. kcse got cool ,nafanya course I wanted to…wat abt u,tnk twice before u utter ur wads

Cicilia Kemunto –  As far as i kan see u aint in havard university meaning u aint also academicaly able,grow up!Proud 2 be ssp

Kimani Dav Modigiliani – Am a jab alumni but i think u are stupid. U passed with help of leakage. Stop deaming people yet u have no place in society…

Sheeqoe Cariowkey – who cares wat u think nigga,as long as u not the one who pays fee for any of us…#proudlyteamssp#

Kelvin Kariuki – Nixon Dick, if u have tht much brain,c u quit campo lyk bill gates/Matt Zuckerberg/steve Jobs.. And do sth for awa nation..? U can’t??? I knew it…!!!

Valary Malowa – i have never known am a reject yet i got an A. enyewe some people…nkt.

Then one student, who was apparently a top performer in 2007 spoke.