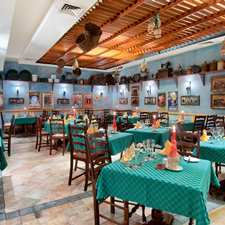 Our campus girls were left looking flushed at a lavish hotel in Westlands after they were slapped with a huge bill.
The Strathmore University students had accompanied their friend for her date with a mzungu.

Our correspondent at the university said the young mzungu refused to pay for their food and drinks costing Sh11,600 after dinner with his date.
He only paid his and the girl’s Sh6, 000 bill leaving her friends humiliated.
“One of the girls (Mercy, not her real name) had been invited for dinner by her new catch, a white boy,” Campus Vibe correspondent said.
“However things fell apart for Mercy when she decided to invite three of her close friend, a practice common among many campus chicks.”
The girls ordered some of the most expensive cuisines and wines in the hotel, our correspondent said.

When the waiter presented a bill of Sh17,600 to the young white man, he declined to pay. He said he and his date had spent only Sh6, 000. With no money in their bags the three girls were held at the hotel for hours over the bill. The girls were later allowed to leave after signing an agreement and leaving behind their national IDs. They will get them back after they have cleared the bill.
Our correspondent said most university girls going out with wealthy boyfriends usually invite their friends to show off. “Whenever your hit on an elderly man whom you are not very familiar with and they invite you for a dinner at a place you are not comfortable with, the best thing to do is to invite your friends,” Margaret Githambo, a student leader at the University of Nairobi, said.